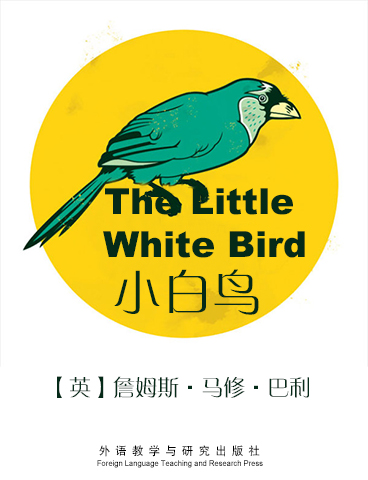 Sometimes the little boy who calls me father brings me an invitation from his mother: "I shall be so pleased if you will come and see me," and I always reply in some such words as these: "Dear madam, I decline." And if David asks why I decline, I explain that it is because I have no desire to meet the woman.

"Come this time, father," he urged lately, "for it is her birthday, and she is twenty-six," which is so great an age to David, that I think he fears she cannot last much longer.

I had my delicious dream that night. I dreamt that I too was twenty-six, which was a long time ago, and that I took train to a place called my home, whose whereabouts I see not in my waking hours, and when I alighted at the station a dear lost love was waiting for me, and we went away together. She met me in no ecstasy of emotion, nor was I surprised to find her there; it was as if we had been married for years and parted for a day. I like to think that I gave her some of the things to carry.

The Little White Bird is a British novel by J. M. Barrie, ranging in tone from fantasy and whimsy to social comedy with dark, aggressive undertones. It was published in November 1902 by Hodder & Stoughton in the UK and Scribner's in the US, although the latter had released it serially in the monthly Scribner's Magazine from August to November. The book attained prominence and longevity thanks to several chapters written in a softer tone than the rest of the book, which introduced the character and mythology of Peter Pan. In 1906 those chapters were published separately as a children's book, Peter Pan in Kensington Gardens. The Peter Pan story began as one chapter and grew to an "elaborate book-within-a-book" of more than one hundred pages during the four years Barrie worked on The Little White Bird.

The complete book has also been published under the title The Little White Bird, or Adventures in Kensington Gardens.

James M. Barrie (1860-1937), Scottish author and dramatist, best known for his character Peter Pan. The play Peter Pan or, The Boy Who Would Not Grow Up was first performed in 1904 and published in 1928;

Other titles in the Peter Pan series are; The Little White Bird: or, Adventures in Kensington Gardens (1902), Peter Pan in Kensington Gardens (1906),When Wendy Grew Up: An Afterthought (1908), and Peter and Wendy (1911). The ever popular characters of Peter, Wendy, Tinker Bell, The Lost Boys, Captain Hook, and the other pirates, indians, and fairies have inspired numerous adaptations to the stage, television, and film. The 2004 film “Finding Neverland” is based on Barrie’s life.