神缠身的人
The Haunted Man and the Ghost's Bargain 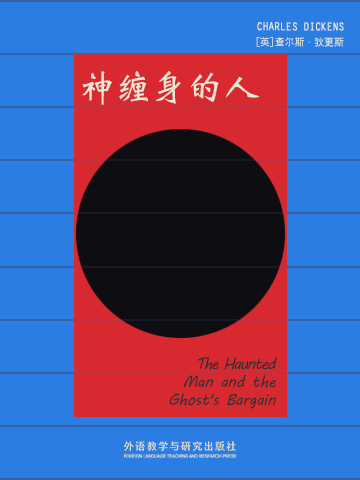 "The Haunted Man and the Ghost's Bargain" is Charles Dickens 19th century novella that concludes his series of five Christmas books written between 1843 and 1848. It is the story of Professor Redlaw, a chemistry teacher who is constantly brooding over the grief caused by past wrongs done to him. Redlaw is haunted by a spirit who takes from him these painful memories, which leaves him unexpectedly bitter. Ultimately the conflict of the novella is resolved in an uplifting way which asserts the moral of the story, that 'it is important to remember past sorrows and wrongs so that you can then forgive those responsible and, in doing so, unburden your soul and mature as a human being.'

The Haunted Man and the Ghost's Bargain, A Fancy for Christmas-Time (better known as The Haunted Man and the Ghost's Bargain or simply as The Haunted Man) is a novella by Charles Dickens first published in 1848. It is the fifth and last of Dickens' Christmas novellas. The story is more about the spirit of the holidays than about the holidays themselves, harking back to the first of the series, A Christmas Carol. The tale centers around a Professor Redlaw and those close to him.

Charles John Huffam Dickens (7 February 1812-9 June 1870) was an English writer and social critic. He created some of the world's most well-known fictional characters and is generally regarded as the greatest novelist of the Victorian period. During his life, his works enjoyed unprecedented popularity, and by the twentieth century he was widely seen as a literary genius by critics and scholars. His novels and short stories continue to be widely popular.

EVERYBODY said so. Far be it from me to assert that what everybody says must be true. Everybody is, often, as likely to be wrong as right. In the general experience, everybody has been wrong so often, and it has taken, in most instances, such a weary while to find out how wrong, that the authority is proved to be fallible. Everybody may sometimes be right; "but THAT'S no rule," as the ghost of Giles Scroggins says in the ballad. The dread word, GHOST, recalls me.