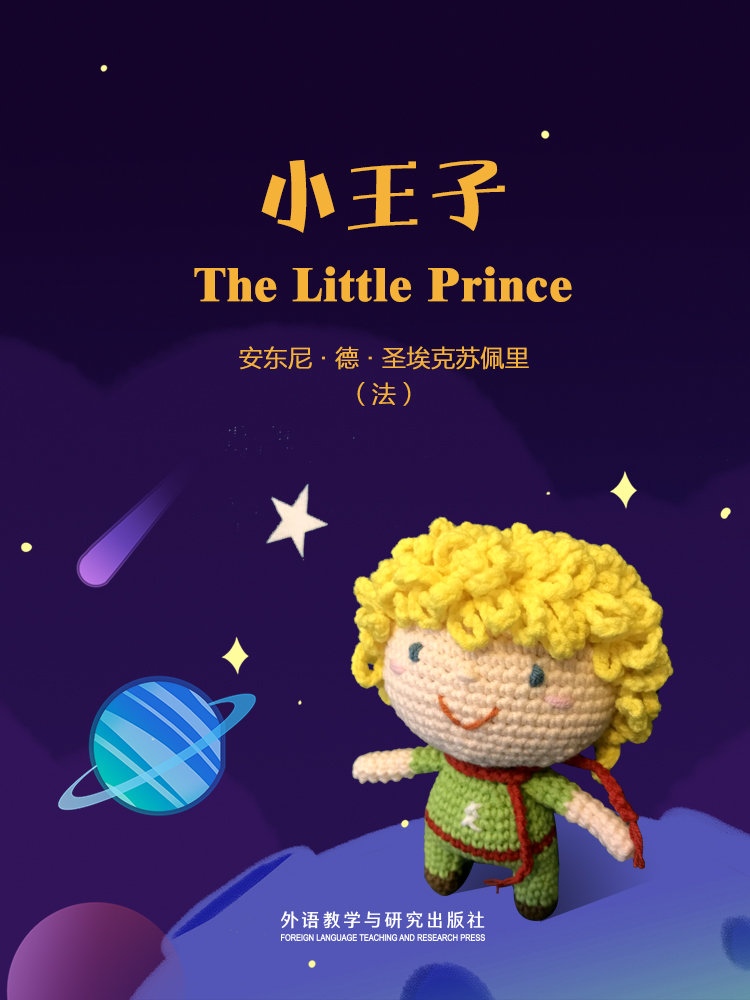 Though ostensibly a children's book, The Little Prince makes several profound and idealistic observations about life and human nature. For example, Saint-Exupéry tells of a fox meeting the young prince during his travels on Earth. The story's essence is contained in the lines uttered by the fox to the little prince: "One sees clearly only with the heart. What is essential is invisible to the eye." Other key thematic messages are articulated by the fox, such as: "You become responsible, forever, for what you have tamed" and "It is the time you have devoted to your rose that makes your rose so important."

The little prince's home asteroid, or "planet", only the size of a house, has three volcanoes (two active, and one dormant) and a rose, among various other objects. The Prince spends his days caring for the asteroid, pulling out the baobab trees that are constantly trying to take root there. The Prince falls in love with the rose, who appears not to return his love due to her vain nature. The Prince loses his trust in the rose after she lies to him, and he grows lonely.

After he reconciles with his rose, the prince leaves to see what the rest of the universe is like. He visits six other asteroids, each of which is inhabited by a foolish adult. The sixth asteroid is inhabited by a geographer, who asks the prince to describe his home. When the prince mentions the rose, the geographer explains that he does not record roses, calling them "ephemeral". The prince is shocked and hurt by this revelation. The geographer recommends that he visit the Earth. The prince comes upon a whole row of rosebushes, and becomes downcast because he thought his rose was unique. He begins to feel that he is not a great prince at all, as his planet contains only three tiny volcanoes and a flower he now thinks of as common. He lies down in the grass and weeps.

As the prince cries, a fennec fox comes across him. The prince tames the fox, who explains to him that his rose really is unique and special, because she is the one whom the prince loves. The fox also explains that, in a way, the prince has tamed the flower, and that this is why the prince now feels responsible for her. At last, a snake returns him to his home planet.

Antoine de Saint-Exupéry (29 June 1900—31 July 1944), was an aristocrat French writer, poet and pioneering aviator. He became a laureate of several of France's highest literary awards and also won the U.S. National Book Award. He is best remembered for his novella The Little Prince

(Le Petit Prince) and for his lyrical aviation writings, including Wind, Sand and Stars and Night Flight

Antoine de Saint-Exupéry first published The Little Prince in 1943, only a year before his Lockheed P-38 vanished over the Mediterranean during a reconnaissance mission. More than a half century later, this fable of love and loneliness has lost none of its power.