弃儿汤姆·琼斯的历史
The History of Tom Jones, A Foundling 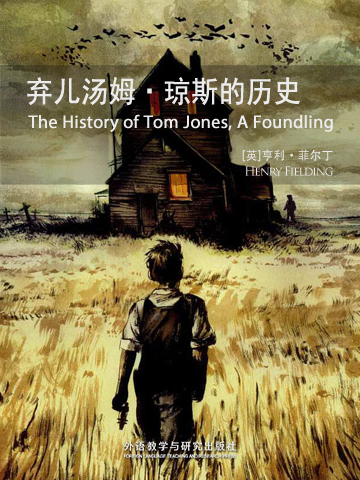 First published on 28 February 1749 in London, Tom Jones is among the earliest English prose works describable as a novel, and is the earliest novel mentioned by W. Somerset Maugham in his 1948 book Great Novelists and Their Novels among the ten best novels of the world. Tom Jones is generally regarded as Fielding’s greatest book, and as a very influential English novel.

The History of Tom Jones, a Foundling, often known simply as Tom Jones, is a comic novel by the English playwright and novelist Henry Fielding. The novel is both a Bildungsroman and a picaresque novel. The main theme of the novel is the contrast between Tom Jones’s good nature, flawed but eventually corrected by his love for virtuous Sophia Western, and his half-brother Blifil’s hypocrisy.

Henry Fielding (22 April 1707-8 October 1754) was an English novelist and dramatist known for his rich earthy humour and satirical prowess. Aside from his literary achievements, he has a significant place in the history of law-enforcement, having founded (with his half-brother John) what some have called London’s first police force, the Bow Street Runners, using his authority as a magistrate.