批评论
An Essay on Criticism 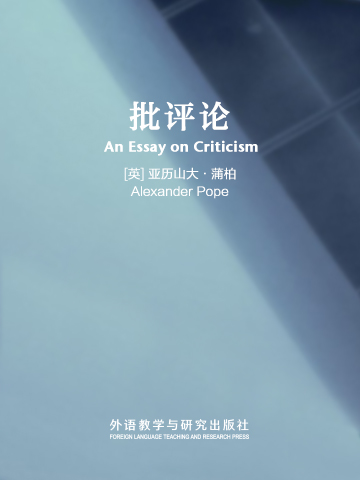 Alexander Pope (21 May 1688 – 30 May 1744) was a poet and satirist of the Augustan period and one of its greatest exponents. He is considered the foremost English poet of the early 18th century. Pope is best known for satirical and discursive poetry, including The Rape of the Lock, The Dunciad, and An Essay on Criticism, and for his translation of Homer.

An Essay on Criticism is one of the first major poems written by the English writer Alexander Pope, published in 1711. It is the source of the famous quotations "To err is human, to forgive divine", "A little learning is a dang'rous thing", and "Fools rush in where angels fear to tread".