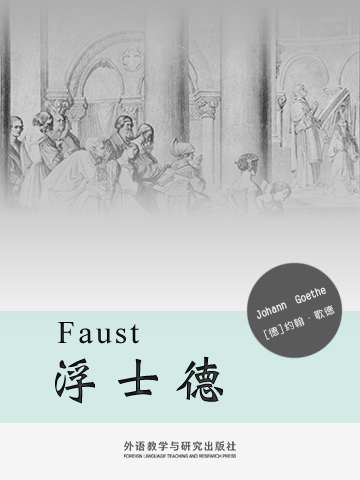 Goethe's Faust has inspired a great deal of literature, music, and illustration.

Walter Kaufmann asserts that "Goethe created a character [i.e. Faust] who was accepted by his people as their ideal prototype."

Although today many of the classical and Central European themes may be hard for the modern reader to grasp, the work remains a resonant parable on scientific learning and religion, passion and seduction, independence and love, as well as other subjects. In poetic terms, Goethe places science and power in the context of a morally interested metaphysics. Faust is a scientific empiricist who is forced to confront questions of good and evil, God and the devil, sexuality and mortality.

The German language has itself been influenced by Goethe's Faust, particularly by the first part. One example of this is the phrase "des Pudels Kern," which means the real nature or deeper meaning of something (that was not evident before). The literal translation of "des Pudels Kern" is "the core of the poodle," and it originates from Faust's exclamation upon seeing the poodle (which followed him home) turn into Mephistopheles. Another instance originates in the scene wherein Gretchen asks Faust if he is religious. In German, the word "Gretchenfrage" (literally "Gretchen question") refers to a question aiming at the core of the issue, often forcing the answering person to make a confession or a difficult decision.

Much of the content of this article is translated from the equivalent German-language Wikipedia article (retrieved November 6, 2005). The German articles Johann Wolfgang von Goethe, Gustaf Gründgens, and Knittelvers were also referred to. The following references are cited by the German-language Faust I

Johann Goethe (28 August 1749 – 22 March 1832) was a German writer and statesman. His body of work includes epic and lyric poetry written in a variety of metres and styles; prose and verse dramas; memoirs; an autobiography; literary and aesthetic criticism; treatises on botany, anatomy, and colour; and four novels. In addition, numerous literary and scientific fragments, more than 10,000 letters, and nearly 3,000 drawings by him are extant. Goethe had a great effect on the nineteenth century. In many respects, he was the originator of many ideas which later became widespread. He produced volumes of poetry, essays, criticism, a theory of colours and early work on evolution and linguistics. He was fascinated by mineralogy, and the mineral goethite (iron oxide) is named after him. His non-fiction writings, most of which are philosophic and aphoristic in nature, spurred the development of many philosophers. He was one of the leading figures of Weimar Classicism.