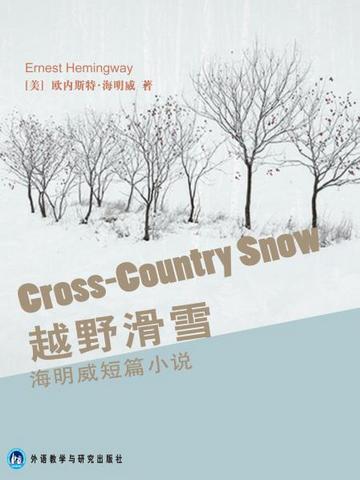 Ernest Miller Hemingway (July 21, 1899—July 2, 1961) was an American author and journalist. His economical and understated style had a strong influence on 20th-century fiction, while his life of adventure and his public image influenced later generations. Hemingway produced most of his work between the mid-20s and the mid-1950s, and won the Nobel Prize in Literature in 1954. He published seven novels, six short story collections, and two non-fiction works. Three novels, four collections of short stories, and three non-fiction works were published posthumously. Many of these are considered classics of American literature. His wartime experiences formed the basis for his novel A Farewell to Arms. He is the representative of those of the famous “Lost Generation”. His A Farewell to Arms is the most representative work of the “Lost Generation”. The Sun Also Rises, Hemingway's first novel, was published in 1926. In 1959 he moved from Cuba to Ketchum, Idaho, where he committed suicide in the summer of 1961.

George was coming down in telemark position, kneeling; one leg forward and bent, the other trailing; his sticks hanging like some insect’s thin legs, kicking up puffs of snow as they touched the surface and finally the whole kneeling, trailing figure coming around in a beautiful right curve, crouching, the legs shot forward and back, the body leaning out against the swing, the sticks accenting the curve like points of light, all in a wild cloud of snow.

Hemingway was still experimenting with his writing style, he avoided complicated syntax and about 73 percent of the sentences are simple sentences—a childlike syntax without subordination.-Paul Smith