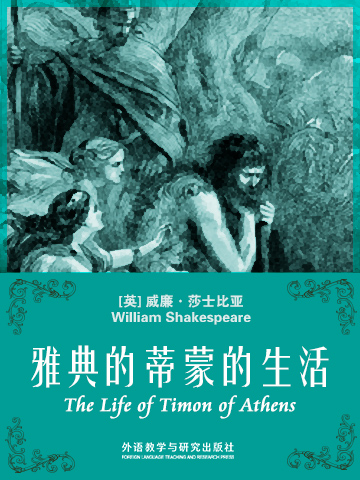 雅典的蒂蒙的生活
The Life of Timon of Athens

The Life of Timon of Athens was originally grouped with the tragedies, but some scholars name it one of the problem plays.

The Life of Timon of Athens is a play by William Shakespeare, published in the First Folio (1623) and probably written in collaboration with another author, most likely Thomas Middleton, in about 1605–1606. It is about the fortunes of an Athenian named Timon (and probably influenced by the philosopher of the same name). The central character is a well beloved citizen of Athens who through tremendous generosity spends his entire fortunes on corrupt hangers-on only interested in getting the next payout.

William Shakespeare ( 26 April 1564–23 April 1616) was an English poet, playwright, and actor, widely regarded as the greatest writer in the English language and the world's pre-eminent dramatist. He is often called England's national poet and the "Bard of Avon". His extant works, including some collaborations, consist of around 38 plays, 154 sonnets, two long narrative poems, and a few other verses, of which the authorship of some is uncertain. His plays have been translated into every major living language and are performed more often than those of any other playwright.