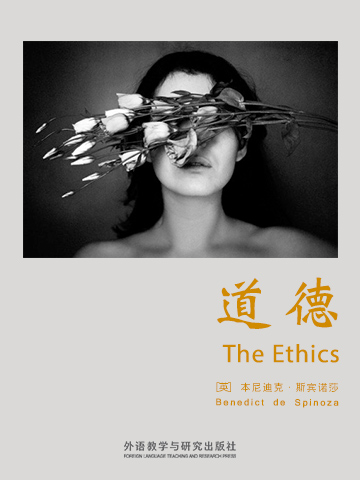 Benedict de Spinoza's Ethics, first published in 1677, constitutes a major systematic critique of the traditional and religious foundations of philosophical thought. In it, Spinoza follows a logical step-by-step format consisting of definitions, axioms, propositions, proofs, and corollaries to create a comprehensive inquiry into the truth about God, nature, and humans' place within the universe. From these broad metaphysical themes, Spinoza derives what he considered to be the highest principles of religion and society and lays out an ethical system in which reason is the supreme value. A seminal contribution to 17th-century rationalism, Spinoza's Ethics refutes the dualism of René Descartes and provides a bridge between religion and modern-day psychology. This edition is the translation by R. H. M. Elwes.

A profoundly beautiful and uniquely insightful description of the universe, Benedict de Spinoza's Ethics is one of the masterpieces of Enlightenment-era philosophy. This Penguin Classics edition is edited and translated from the Latin. The Ethics is undoubtedly Spinoza's greatest work - an elegant, fully cohesive cosmology derived from first principles, providing a coherent picture of reality, and a guide to the meaning of an ethical life. Ethics was published in 1677 after his death, and his influence spread to the nineteenth century: inspiring the Romantic poets. If you enjoyed Ethics, you might like Rene Descartes' Meditations and Other Metaphysical Writings, also available in Penguin Classics. 'The noblest and most lovable of the great philosophers ... ethically he is supreme' Bertrand Russell.

Baruch Spinoza (/bəˈruːk spɪˈnoʊzə/;born Benedito de Espinosa; 24 November 1632 – 21 February 1677, later Benedict de Spinoza) was a Dutch philosopher of Sephardi Portuguese origin.The breadth and importance of Spinoza's work was not fully realized until many years after his death. By laying the groundwork for the 18th-century Enlightenment and modern biblical criticism,including modern conceptions of the self and, arguably, the universe, he came to be considered one of the great rationalists of 17th-century philosophy. His magnum opus, the posthumous Ethics, in which he opposed Descartes' mind–body dualism, has earned him recognition as one of Western philosophy's most important thinkers. In the Ethics, "Spinoza wrote the last indisputable Latin masterpiece, and one in which the refined conceptions of medieval philosophy are finally turned against themselves and destroyed entirely."Hegel said, "You are either a Spinozist or not a philosopher at all." His philosophical accomplishments and moral character prompted 20th-century philosopher Gilles Deleuze to name him "the 'prince' of philosophers".

III.By 'substance' I mean that which is in itself, and is conceived through itself: in other words, that of which a conception can be formed independently of any other conception.