大师的教诲
The Lesson of the Master 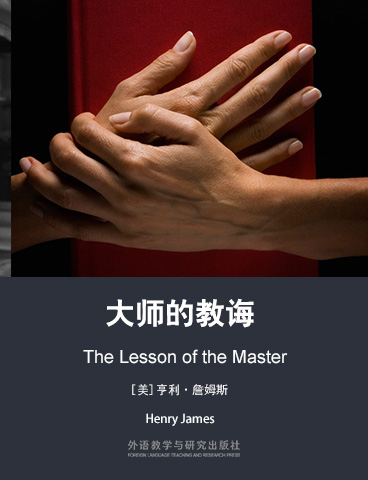 The Lesson of the Master is a novella written by Henry James, originally published in 1888. It is a piercing study of the life that art makes. When the tale's protagonist—a gifted young writer—meets and befriends a famous author he has long idolized, he is both repelled by and attracted to the artist's great secret: the emotional costs of a life dedicated to art.

The novella tells the story of a young writer, Paul Overt, who meets Henry St. George, a famous novelist Overt admires. During that time, Overt also meets and falls in love with Marian Fancourt, a young woman who admires both St. George's and Overt's work. During their meetings, St. George, who is married, advises Overt against getting married and having children, arguing that a wife and children will be the death of Overt's creativity and career. Overt then takes an extended vacation in which he considers St. George's advice. When he returns, he learns that St. George's wife had died, and that St. George had taken Marian Fancourt as his wife. Overt feels that St. George had set him up in order to have Fancourt for himself, but St. George insists that by marrying Fancourt he saved Overt and his career.

Henry James, OM (15 April 1843-28 February 1916) was an American-British writer. He is regarded as one of the key figures of 19th-century literary realism. James contributed significantly to literary criticism, particularly in his insistence that writers be allowed the greatest possible freedom in presenting their view of the world. His imaginative use of point of view, interior monologue and possibly unreliable narrators in his own novels and tales brought a new depth and interest to narrative fiction. His theatrical work is thought to have profoundly influenced his later novels and tales.

It was as if she didn't care even SHOULD he amuse himself at her cost. "I was with my father, after I left school to go out there. It was delightful being with him we're alone together in the world, he and I but there was none of the society I like best. One never heard of a picture never of a book, except bad ones."