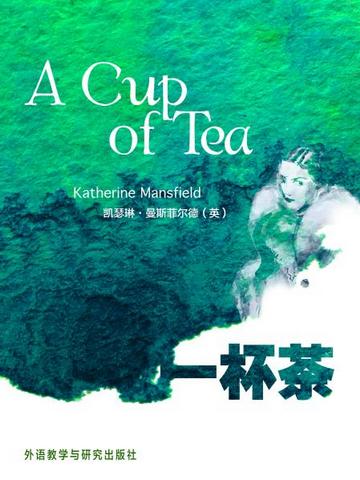 Rosemary Fell, a young, wealthy woman, goes shopping at a florist's and in an antique shop. Before going to the car, Rosemary is approached by Miss Smith, a poor girl who asks for enough money to buy tea. Instead, Rosemary drives the girl to her plush house. At the Fells' home, Miss Smith eats her fill. She then begins to tell Rosemary of her life when the husband, Philip, comes in. Although initially surprised, Philip recovers and asks to speak to Rosemary alone. In the library, Philip conveys his disapproval. When Rosemary resists dismissing Miss Smith, Philip tries another, more successful, tactic. He plays to Rosemary's jealousy by telling her how pretty Miss Smith is. Rosemary retrieves three pound notes, and, presumably, sends the girl away. This dismissal is a far cry from Rosemary's first vow to "Be frightfully nice to her" and to "Look after her."

Katherine Mansfield (14 October 1888—9 January 1923) was a prominent modernist writer of short fiction who was born and brought up in colonial New Zealand. Her stories often focus on moments of disruption and frequently open rather abruptly. Among her most well-known stories are The Garden Party, Bliss and The Fly. All her works have depicted the existing state of women. She has paved the way for the solution of the social problem of female emancipation in a uniquely literary manner.

“You absurd creature!” said Rosemary, and she went out of the library, but not back to her bedroom.She went to her writing-room and sat down at her desk.Pretty! Absolutely lovely!Bowled over! Her heart beat like a heavy bell.Pretty! Lovely! She drew her check-book towards her.But no, checks would be no use, of course.She opened a drawer and took out five pound notes, looked at them, put two back, and holding the three squeezed in her hand, she went back to her bedroom.