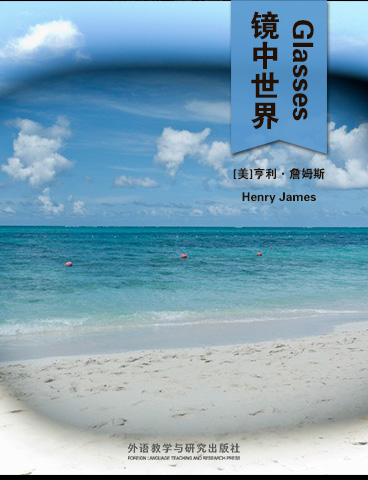 Mrs. Meldrum sustained the comparison with her usual courage, but I wondered why she didn't introduce me: I should have had no objection to the bringing of such a face close to mine. However, by the time the young lady moved on with her escort she herself bequeathed me a sense that some such RAPPROCHEMENT might still occur. Was this by reason of the general frequency of encounters at Folkestone, or by reason of a subtle acknowledgment that she contrived to make of the rights, on the part of others, that such beauty as hers created? I was in a position to answer that question after Mrs. Meldrum had answered a few of mine.

The story centers on the vanity of a young woman, whose love of her own beauty will cost her her eyesight and it's all in pursuit of love and marriage; the narrator is an artist, once again the pretty girl comes to sit for a portrait, a favorite method of James that he used many times to put himself in his stories; this artist meets the girl in Folkestone where he has gone “for a blow” and to visit his mother; he sees the girl and is struck by her beauty; later after dinner, standing with her under the stars he becomes more fascinated, seeing her again while out walking he introduces her to his mother and asked if it is true that she has something wrong with her eyes; it brings her to tears and she claims its all a “horrid lie.”

Henry James, OM ((1843-04-15)15 April 1843 – 28 February 1916(1916-02-28)) was an American-British writer who spent most of his writing career in Britain. He is regarded as one of the key figures of 19th-century literary realism. He was the son of Henry James, Sr. and the brother of philosopher and psychologist William James and diarist Alice James.

James alternated between America and Europe for the first 20 years of his life; eventually he settled in England, becoming a British subject in 1915, one year before his death. He is best known for a number of novels showing Americans encountering Europe and Europeans. His method of writing from the point of view of a character within a tale allows him to explore issues related to consciousness and perception, and his style in later works has been compared to impressionist painting.