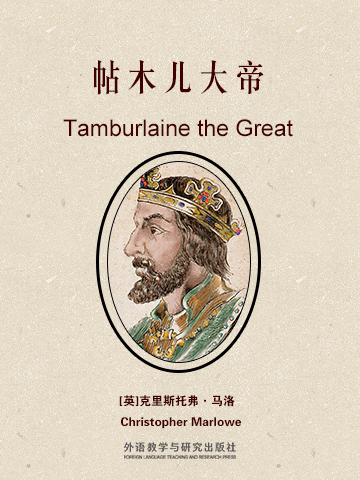 The play is often linked to Renaissance humanism which idealises the potential of human beings. Tamburlaine's aspiration to immense power raises profound religious questions as he arrogates for himself a role as the "scourge of God" (an epithet originally applied to Attila the Hun). Some readers have linked this stance with the fact that Marlowe was accused of atheism. Others have been more concerned with a supposed anti-Muslim thread of the play, highlighted in a scene in which the main character burns the Qur'an.

Tamburlaine the Great is a play in two parts by Christopher Marlowe. It is loosely based on the life of the Central Asian emperor, Timur (Tamerlane/Timur the Lame, d. 1405). Written in 1587 or 1588, the play is a milestone in Elizabethan public drama; it marks a turning away from the clumsy language and loose plotting of the earlier Tudor dramatists, and a new interest in fresh and vivid language, memorable action, and intellectual complexity. Along with Thomas Kyd's The Spanish Tragedy, it may be considered the first popular success of London's public stage.

Christopher Marlowe (26 February 1564 – 30 May 1596) was an English playwright, poet and translator of the Elizabethan era. Marlowe was the foremost Elizabethan tragedian of his day. He greatly influenced William Shakespeare, who was born in the same year as Marlowe and who rose to become the pre-eminent Elizabethan playwright after Marlowe's mysterious early death. Marlowe's plays are known for the use of blank verse and their overreaching protagonists.