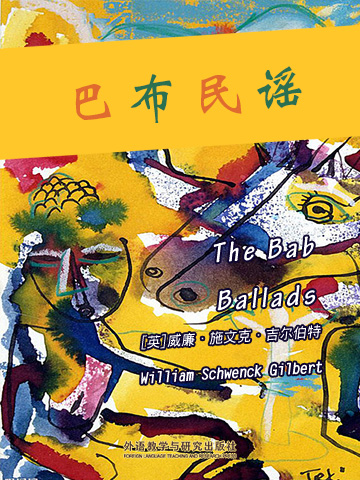 Nothing else quite like the Ballads has ever been produced in the English language. They contain both satire and nonsense, as well as a great deal of utter absurdity. The Ballads were read aloud at private dinner-parties, public banquets and even in the House of Lords. The ballads have been much published, and there are even recordings of readings of some of them.

The Bab Ballads are a collection of light verse by W. S. Gilbert, illustrated with his own comic drawings. Gilbert wrote the Ballads before he became famous for his comic opera librettos with Arthur Sullivan. In writing this work, Gilbert developed his unique "topsy-turvy" style, where the humour was derived by setting up a ridiculous premise and working out its logical consequences, however absurd. The Ballads also reveal Gilbert's cynical and satirical approach to humour. They became famous on their own, as well as being a source for plot elements, characters and songs that Gilbert would recycle in the Gilbert and Sullivan operas. The Bab Ballads take their name from Gilbert's childhood nickname, and he later began to sign his illustrations "Bab".

William Schwenck Gilbert(18 November 1836 – 29 May 1911) was an English dramatist, librettist, poet and illustrator best known for the fourteen comic operas (known as the Savoy operas) produced in collaboration with the composer Sir Arthur Sullivan. The most famous of these include H.M.S. Pinafore, The Pirates of Penzance and one of the most frequently performed works in the history of musical theatre, The Mikado. These, as well as several of the other Savoy operas, continue to be frequently performed in the English-speaking world and beyond by opera companies, repertory companies, schools and community theatre groups. Lines from these works have become part of the English language, such as "short, sharp shock", "What, never? Well, hardly ever!", and "Let the punishment fit the crime".