佛罗伦萨史（八）
History of Florench and of the Affairs of Italy 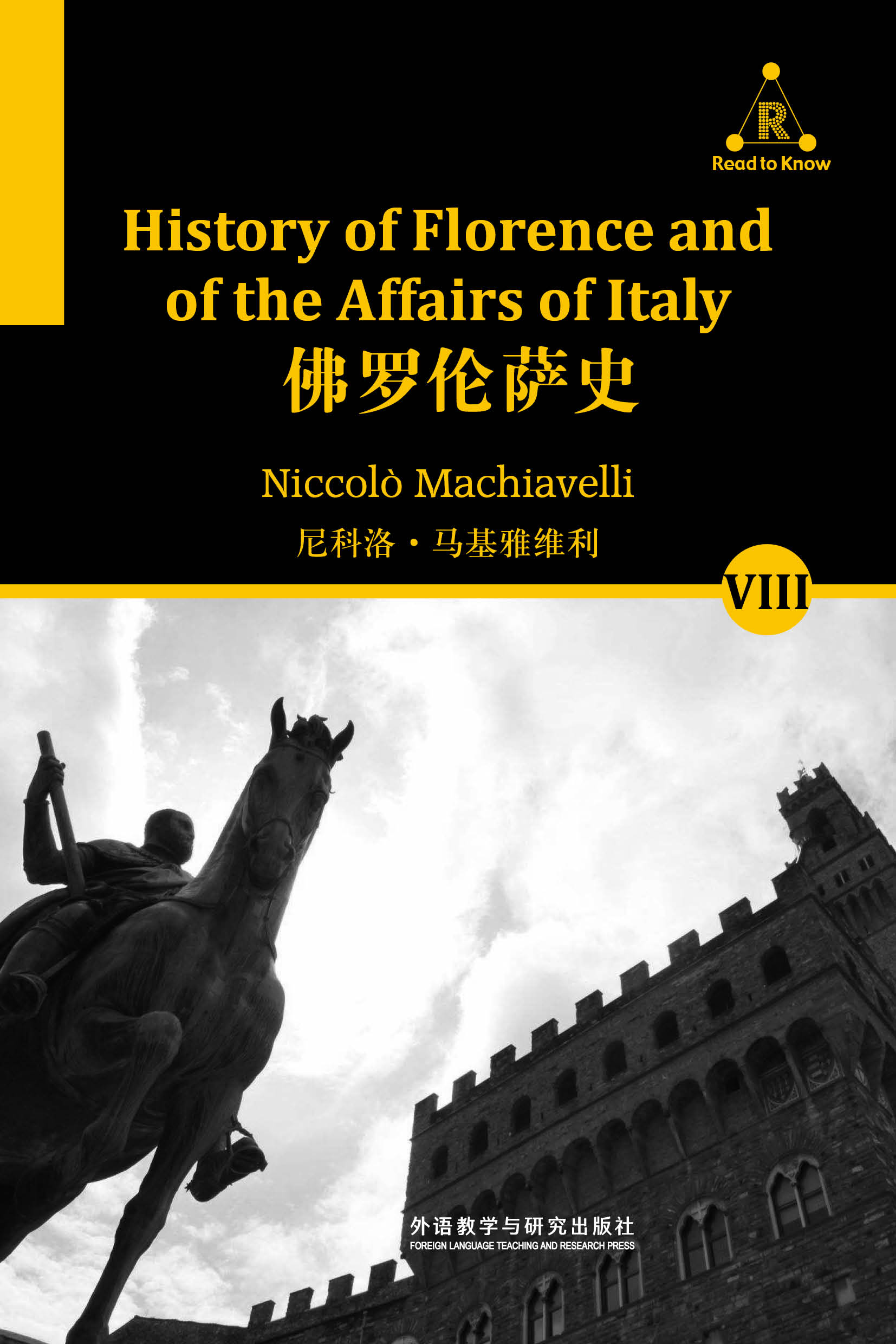 This less-famous work of Machiavelli depicts a medieval Florence, a city garnished with both classical vestiges and Renaissance innovations, a city identified with arts and wealth, a city known for a family -- the Medici family. While the book covered the history of Florence from its very Roman beginning, the main discussion begins with the year 1215, when the Guelphs and the Ghibellines went to war (Interestingly, 1215 was also the year when the celebrated Magna Carta was signed), and ended in the year 1492, when Lorenzo de'Medici, then Lord of Florence, died (Interestingly, this event which Machiavelli considered the beginning of the downfall of Florence, happened in the year when Christopher Columbus discovered the Americas)Machiavelli is undoubtedly known for his masterpiece, the Prince, which makes it hard for people to look at this book without thinking about the other. The fact is that Machiavelli not only expressed much of the same idea in this book, he also used extensive historical figures and events as powerful references to his theories. For instance, the aforementioned Lorenzo de'Medici was, to Machiavelli, an almost perfect example of an ideal politician.

Niccolò di Bernardo dei Machiavelli (3 May 1469 – 21 June 1527) was an Italian diplomat, politician, historian, philosopher, humanist, and writer of the Renaissance period.He has often been called the father of modern political science.He was for many years a senior official in the Florentine Republic, with responsibilities in diplomatic and military affairs.

The people who inhabit the northern parts beyond the Rhine and the Danube, living in a healthy and prolific region, frequently increase to such vast multitudes that part of them are compelled to abandon their native soil, and seek a habitation in other countries. The method adopted, when one of these provinces had to be relieved of its superabundant population, was to divide into three parts, each containing an equal number of nobles and of people, of rich and of poor.