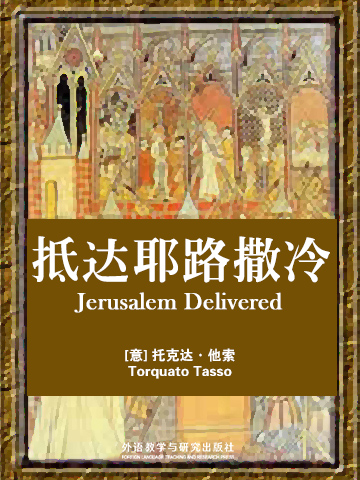 The work belongs to the Italian Renaissance tradition of the romantic epic poem, and Tasso frequently borrows plot elements and character types directly from Ariosto's Orlando furioso. Tasso's poem also has elements inspired by the classical epics of Homer and Virgil (especially in those sections of their works that tell of sieges and warfare). One of the most characteristic literary devices in Tasso's poem is the emotional conundrum endured by characters torn between their heart and their duty; the depiction of love at odds with martial valour or honor is a central source of lyrical passion in the poem.

Jerusalem Delivered is an epic poem by the Italian poet Torquato Tasso first published in 1581, which tells a largely mythified version of the First Crusade in which Christian knights, led by Godfrey of Bouillon, battle Muslims in order to take Jerusalem. The poem is composed of eight line stanzas grouped into 20 cantos of varying length.

Torquato Tasso (Italian 11 March 1544 – 25 April 1595) was an Italian poet of the 16th century, best known for his poem La Gerusalemme liberata (Jerusalem Delivered, 1581), in which he depicts a highly imaginative version of the combats between Christians and Muslims at the end of the First Crusade, during the siege of Jerusalem. He suffered from mental illness and died a few days before he was due to be crowned as the king of poets by the Pope. Until the beginning of the 20th century, Tasso remained one of the most widely read poets in Europe.