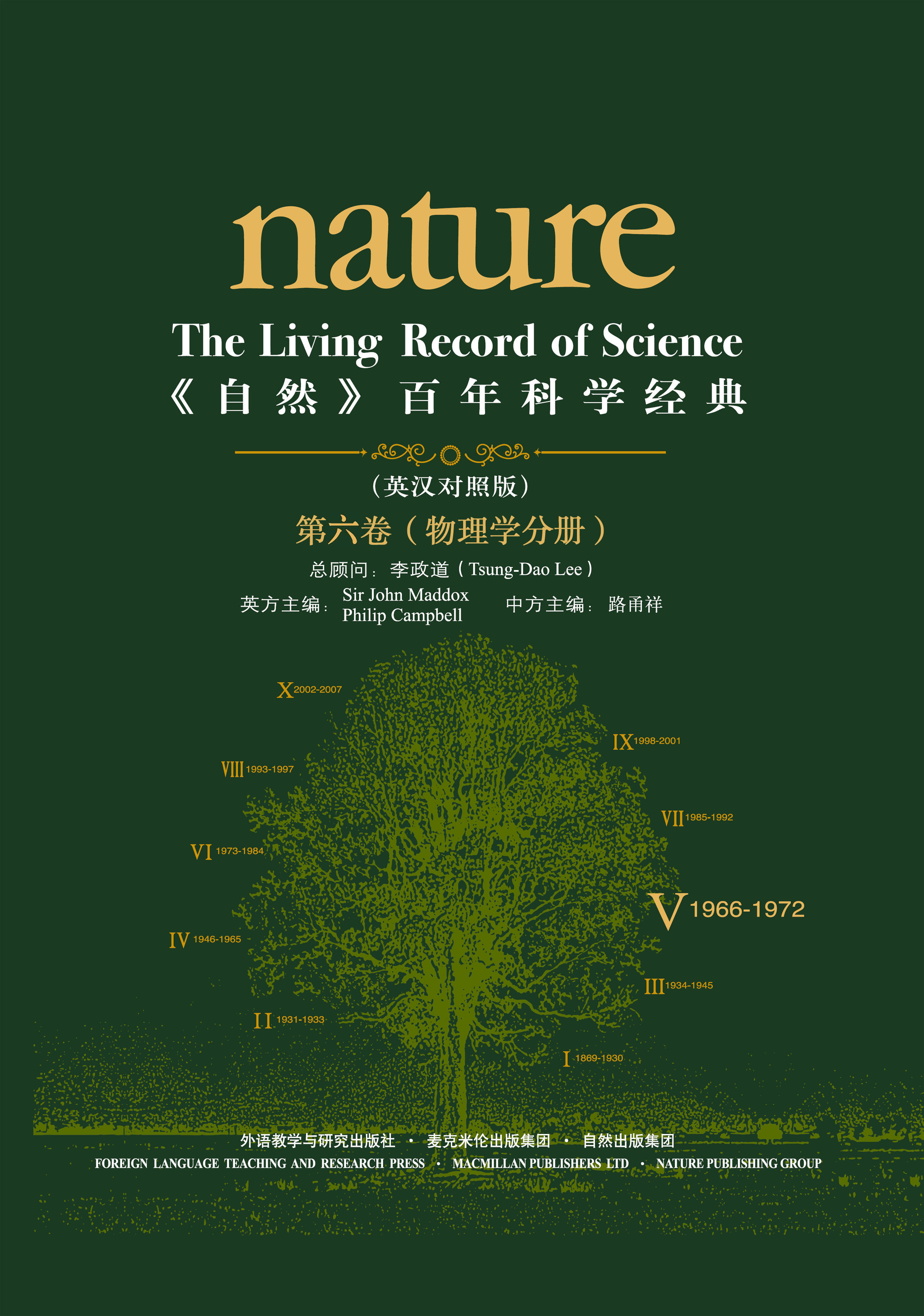 Nature: The Living Record of Science (Volume VI) (Physics) contains and translates essays published by the international academic journal Nature from 1973 to 1984, which reproduces the development of physicsin this period, and shows that researchers in the field of physics have been trudging hard and exploring continuously.

P.C Lauterbur and other scientists are the authors of this series of books; Tsung-Dao Lee, a well-known Chinese-American physicist and Nobel Prize winner in physics, serves as the General Consultant of this series. Lu Yongxiang, former Vice Chairman of the Standing Committee of the National People's Congress and then President of the Chinese Academy of Sciences, serves as the Chinese Editor in Chief while Sir John Maddox, former Chief Editor of Nature, and Philip Campbell, current Chief Editor of Nature, serve as the British Editor in Chief.