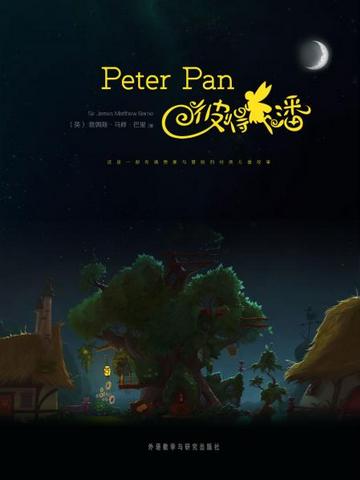 Peter Pan is a boy who is ageless. Peter Pan is J. M. Barrie's most famous work. It tells the story of Peter Pan, a mischievous little boy who can fly, and his adventures on the island of Neverland with Wendy Darling and her brothers, the fairy Tinker Bell, the Lost Boys, the Indian princess Tiger Lily, and the pirate Captain Hook.

Peter Pan is the story of a mischievous boy who can fly and magically refuses to grow up. He spends his never-ending childhood adventuring on the small island of Neverland as the leader of his gang the Lost Boys, interacting with mermaids, Indians, fairies, and pirates, and from time to time meeting ordinary children from the world outside.

Sir James Matthew Barrie (9 May 1860—19 June 1937) was a Scottish author and dramatist, best remembered today as the creator of Peter Pan. The child of a family of small-town weavers, he was educated in Scotland. He moved to London, where he developed a career as a novelist and playwright. There he met the Llewelyn Davies boys who inspired him in writing about a baby boy who has magical adventures in Kensington Gardens (included in The Little White Bird), then to write Peter Pan, or The Boy Who Wouldn't Grow Up, a "fairy play" about this ageless boy and an ordinary girl named Wendy who have adventures in the fantasy setting of Neverland. This play quickly overshadowed his previous work and although he continued to write successfully, it became his best-known work. His major works include The Little Minister, The Little White Bird and Farewell Miss Julie Logan.

Barrie wrote his fantasy of childhood, added another figure to our enduring literature, and thereby undoubtedly made one of the boldest bids for immortality of any writer... It is a masterpiece. —J. B. Priestly