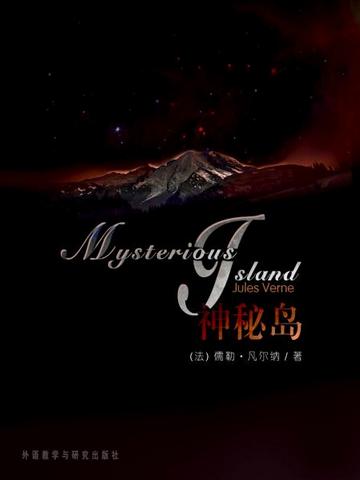 The book tells the adventures of five Americans on an uncharted island in the South Pacific. The story begins in the American Civil War, during the siege of Richmond, Virginia, the capital of the Confederate States of America. As famine and death ravage the city, five northern prisoners of war decide to escape by the unusual means of hijacking a balloon. After flying in stormy weather for several days, the group crash-lands on a cliff-bound, volcanic, unknown (and fictitious) island. Throughout their stay on the island, the group has to overcome bad weather, and eventually adopts and domesticates an orangutan, Jupiter. It is a fantastic island of bewildering goings-on and they struggle to survive as they uncover the island's secret. The secret of the island is revealed when it turns out to be Captain Nemo's hideout. Eventually, the island explodes in a volcanic eruption. Jupiter, the orangutan falls down a crack in the ground and dies. The colonists, warned by Nemo, find themselves at sea on the last remaining boulder of the island that is above sea level. They are rescued by the ship Duncan at last.

Based on the true story of Alexander Selkirk, who survived alone for almost five years on an uninhabited island off the coast of Chile, The Mysterious Island is considered by many to be Jules Verne's masterpiece. Here is the enthralling tale of five men and a dog that land in a balloon on a faraway, fantastic island of bewildering goings-on and their struggle to survive as they uncover the island's secret.

Jules Gabriel Verne (February 8, 1828—March 24, 1905) was a French author who pioneered the science fiction genre. He is best known for his novels Twenty Thousand Leagues Under the Sea (1870), A Journey to the Center of the Earth (1864), and Around the World in Eighty Days (1873). Verne wrote about space, air, and underwater travels before air travel and practical submarines were invented, and before practical means of space travel had been devised.

"One of the best storytellers who ever lived." —Arthur C. Clarke

In one dazzling decade, French novelist Jules Verne took readers to places they'd never gone before ... the age of dinosaurs ... the undersea realm of Atlantis ... the craters and crevices of the moon ... and a whirlwind tour of the planet earth!