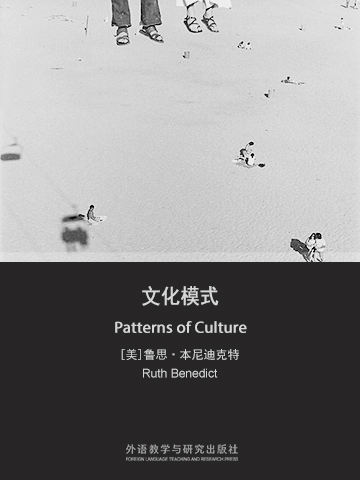 "Unique and important... Patterns of Culture is a signpost on the road to a freer and more tolerant life." —New York Times

"That today the modern world is on such easy terms with the concept of culture... is in very great part due to this book." —Margaret Mead

"Benedict's Patterns of Culture is a foundational text in teaching us the value of diversity. Her hope for the future still has resonance in the twenty-first century: that recognition of cultural relativity will create an appreciation for 'the coexisting and equally valid patterns of life which mankind has created for itself from the raw materials of existence.'" —from the new foreword by Louise Lamphere, past president of the American Anthrolopological Association

A remarkable introduction to cultural studies, Patterns of Culture is an eloquent declaration of the role of culture in shaping human life. In this fascinating work, the renowned anthropologist Ruth Benedict compares three societies—the Zuni of the southwestern United States, the Kwakiutl of western Canada, and the Dobuans of Melanesia—and demonstrates the diversity of behaviors in them. Benedict's groundbreaking study shows that a unique configuration of traits defines each human culture and she examines the relationship between culture and the individual. Featuring prefatory remarks by Franz Boas, Margaret Mead, and Louise Lamphere, this provocative work ultimately explores what it means to be human.

Ruth Fulton Benedict (June 5, 1887–September 17, 1948) was an American anthropologist and folklorist.She was born in New York City, attended Vassar College and graduated in 1909. She entered graduate studies at Columbia University in 1919, where she studied under Franz Boas. She received her Ph.D and joined the faculty in 1923.

Benedict held the post of President of the American Anthropological Association and was also a prominent member of the American Folklore Society. She became the first woman to be recognized as a prominent leader of a learned profession. She can be viewed as a transitional figure in her field, redirecting both anthropology and folklore away from the limited confines of culture-trait diffusion studies and towards theories of performance as integral to the interpretation of culture. She studied the relationships between personality, art, language and culture, insisting that no trait existed in isolation or self-sufficiency, a theory which she championed in her 1934 Patterns of Culture.