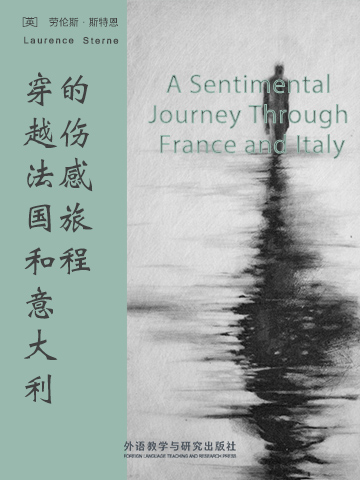 穿越法国和意大利的伤感旅程
A Sentimental Journey Through France and Italy

The novel was extremely popular and influential and helped establish travel writing as the dominant genre of the second half of the 18th century. Unlike prior travel accounts which stressed classical learning and objective non-personal points of view, A Sentimental Journey emphasized the subjective discussions of personal taste and sentiments, of manners and morals over classical learning. Throughout the 1770s female travel writers began publishing significant numbers of sentimental travel accounts. Sentiment also became a favorite style among those expressing non-mainstream views including political radicalism.

Laurence Sterne (24 November 1713 – 18 March 1768) was an Anglo-Irish novelist and an Anglican clergyman. He is best known for his novels The Life and Opinions of Tristram Shandy, Gentleman and A Sentimental Journey Through France and Italy; but he also published many sermons, wrote memoirs, and was involved in local politics. Sterne died in London after years of fighting consumption.