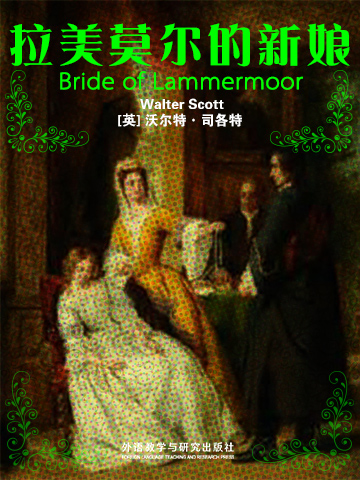 The story recounts the tragic love of Lucy Ashton, and Edgar, Master of Ravenswood. Edgar's father was stripped of the title for supporting the deposed King James VII. Lucy's ambitious father, Sir William Ashton, then bought the Ravenswood estate. Edgar hates Sir William for this usurpation of his family's heritage, but on meeting Lucy, falls in love with her, and renounces his plans for vengeance.

Lady Ashton finally bullies Lucy into marrying Francis, Laird of Bucklaw. But on the day before the wedding, Edgar returns. Seeing that Lucy has signed the betrothal papers with Bucklaw, he repudiates Lucy, who can barely speak. The wedding takes place the next day, followed by a celebration at Ravenswood. While the guests are dancing, Lucy stabs Bucklaw in the bridal chamber, severely wounding him. She descends quickly into insanity and dies. Bucklaw recovers, but refuses to say what had happened. Edgar reappears at Lucy's funeral. Lucy's older brother, blaming him for her death, insists that they meet in a duel. Edgar, in despair, reluctantly agrees. But on the way to the meeting, Edgar falls into quicksand and dies.

Sir Walter Scott, 1st Baronet, FRSE (15 August 1771 – 21 September 1832) was a Scottish historical novelist, playwright, and poet. Scott was the first modern English-language author to have a truly international career in his lifetime, with many contemporary readers in Europe, Australia, and North America. His novels and poetry are still read, and many of his works remain classics of both English-language literature and of Scottish literature. Famous titles include Ivanhoe, Rob Roy, The Lady of the Lake, Waverley, The Heart of Midlothian and The Bride of Lammermoor.