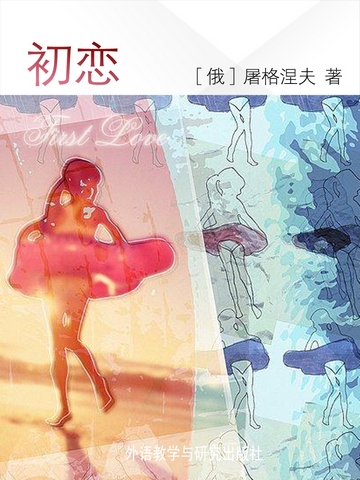 First Love is a novella by Ivan Turgenev, first published in 1860. It is one of his most popular pieces of short fiction.

Three of Turgenev's stories, Torrents of Spring, Asya, and First Love work well when read in combination; they are often found published together and deal with similar topics and take place in similar contexts.

First Love is an example of a frame story. The beginning starts with the protagonist, Vladimir Petrovich, in a party. The party guests are taking turns recounting the stories of their first loves. When Vladimir's turn comes to tell his story, he suggests that he write down the story in a notebook because it is a rather long, unusual tale. The story within the story then continues from his notebook, which recounts the memory of his first love.

Vladimir Petrovich, a 16-year-old, is staying in the country with his family and meets Zinaida Alexandrovna Zasyekina, a beautiful 21-year-old woman, staying with her mother, Princess Zasyekina, next door. This family, as with many of the Russian minor nobility with royal ties of that time, was only afforded a degree of respectability because of their titles; the Zasyekins, in the case of this story, are a very poor family. The young Vladimir falls in love with Zinaida, who has a set of several other (socially more eligible) suitors whom he joins in their difficult and often fruitless efforts for the young lady's favor. Zinaida, as is revealed throughout the story, is a thoroughly capricious and somewhat playful mistress to these rather love-struck suitors. She fails to reciprocate Vladimir's love, often misleading him, mocking his comparative youth in contrast to her early adulthood. But eventually the true object of her affections and a rather tragic conclusion to the story is revealed. Vladimir discovers that the true object of Zinaida's affection is his own father, Pyotr Vasilyevich. In the tragic and devastatingly succinct closing two chapters, Vladimir secretly observes a final meeting between Pyotr and Zinaida at the window of her house in which his father strikes her arm with a riding crop. Zinaida kisses the welt on her arm and Pyotr bounds into the house. Eight months later, Vladimir's father receives a distressing letter from Moscow and tearfully begs his wife for a favor. Pyotr dies of a stroke several days later, after which his wife sends a considerable sum of money to Moscow. Three or four years later, Vladimir learns of Zinaida's marriage to a Monsieur Dolsky and subsequent death during childbirth.

Ivan Sergeyevich Turgenev (November 9, 1818—September 3, 1883) was a Russian novelist, short story writer, and playwright. His first major publication, a short story collection entitled A Sportsman's Sketches, is a milestone of Russian Realism, and his novel Fathers and Sons is regarded as one of the major works of 19th-century fiction.