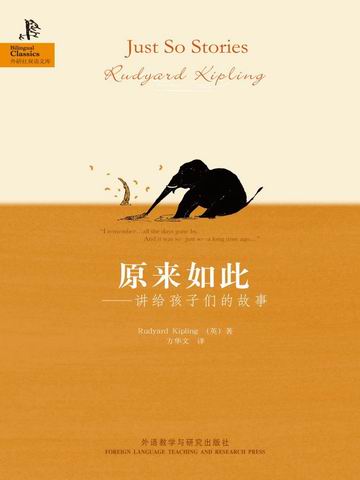 The Just So Stories typically have the theme of a particular animal being modified from an original form to its current form by the acts of man, or some magical being. For example, the Whale has a tiny throat because he swallowed a mariner, who tied a raft inside to block the whale from swallowing other men. The Camel has a hump given to him by a djinn as punishment for the camel's refusing to work (the hump allows the camel to work longer between times of eating). The Leopard's spots were painted by an Ethiopian (after the Ethiopian painted himself black). The Kangaroo gets its powerful hind legs, long tail, and hopping gait after being chased all day by a dingo, sent by a minor god responding to the Kangaroo's request to be made different from all other animals.

Joseph Rudyard Kipling ( 30 December 1865 – 18 January 1936) was an English short-story writer, poet, and novelist. He wrote tales and poems of British soldiers in India and stories for children. He was born in Bombay, in the Bombay Presidency of British India, and was taken by his family to England when he was five years old.