项链及其他
The Necklace and Others 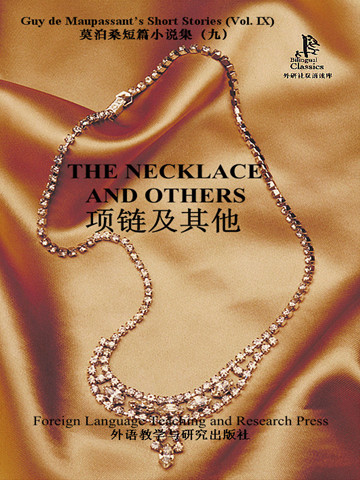 My Uncle Sosthenes was a Freethinker, like so many others are, from pure stupidity; people are very often religious in the same way. The mere sight of a priest threw him into a violent rage; he shook his fist and grimaced at him, and touched a piece of iron when the priest's back was turned, forgetting that the latter action showed a belief after all, the belief in the evil eye. Now when beliefs are unreasonable one should have all or none at all. I myself am a Freethinker; I revolt at all the dogmas which have invented the fear of death, but I feel no anger towards places of worship, be they Catholic, Apostolic, Roman, Protestant, Greek, Russian, Buddhist, Jewish, or Mohammedan. I have a peculiar manner of looking at them and explaining them. A place of worship represents the homage paid by man to THE UNKNOWN. The more extended our thoughts and our views become, the more the unknown diminishes, and the more places of worship will decay. I, however, in the place of church furniture, in the place of pulpits, reading desks, altars, and so on, would fit them up with telescopes, microscopes, and electrical machines; that is all.