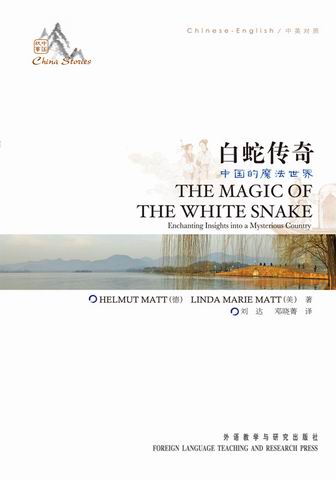 白蛇传奇
The Magic of the White Snake

The Magic of white snake is a love story between a white snake and a man named Xv xian . Bai su zhen , the white snake, had been lived on earth for thousands of years and she had practiced herself during the years and master a lot of magic.One day she was going to be an immortal , but she still remembered a man who saved her five hunderd year ago and she wanted to repay an obligation . finally she found the man whose previous life saved her and that man is xvxian at the broken bridge of west lake . they together overcame a lot of difficulties and had a boy , but after the boy was born bainiangzi was controled in the Fall of pagoda by a monk named Fahai on behalf of subdued demons . At last the boy win the first place in the national examination and he saved her mother baisuzhen . At last baisuzhen and her husband xvxian became the immortal together.

Helmut Matt is a software engineer and an IT expert. He has been a volunteer supervisor of CRI's German programs for four years, and has helped to collect useful audience feedback. Mr. Matt organized fundraisers in his bank shortly after the May 12 Sichuan earthquake, and is very concerned about the victims.