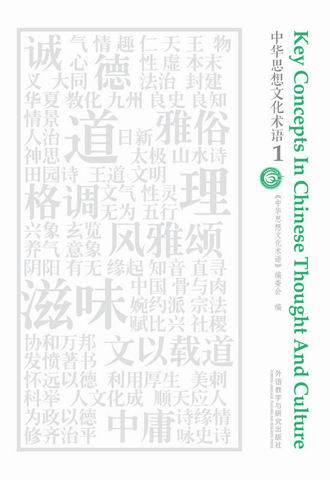 The Volume 1 of Key Concepts In Chinese Thought and Culture, with its plain language, explains the keywords or phrases that are fundamentally pertinent to Chinese traditional culture concisely, and gains new achievement in popularization of humanities.

The Volume 1 of Key Concepts In Chinese Thought and Culture, which mainly focuses on the basic cultural concepts before the 4th century in China, like "Ren", "De", "Feudal System" and "Yin and Yang" etc., is one of the initial results of the Key Concepts in Chinese Thought and Culture-Translation and Communication Project. Confucianism, Buddhism, Taoism, Legalism and western philosophy are subtly combined, and the semantic change reveals the evolutions of ancient philosophy, values and humanistic spirit as well as the development of Chinese history. While benevolence, tighteousness, social norms, and music education form the basic content of the Confucian Dao, the Daoist Dao tends to emphasize kong(emptiness) and wu(void); rule by law, an important political thought of the Legalist scholars in the pre-Qin period, acquired new meanings in more recent times; and the feudal system after Qin dynasty is no longer the same as it was originally established. Those concepts, as several fragments of common beliefs, reflect the Chinese people's profound spiritual pursuit.

The editorial committee of Key Concepts in Chinese Thought and Culture is composed of Yuan Jixi and other scholars.