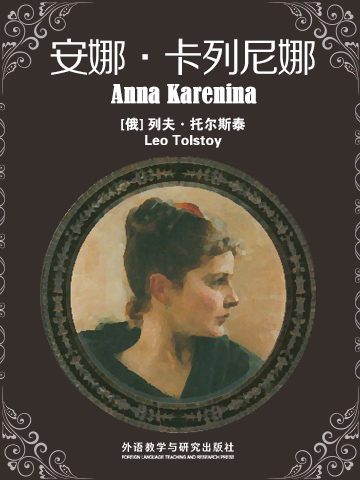 Anna Karenina is a novel by the Russian writer Leo Tolstoy, published in serial installments from 1873 to 1877 in the periodical The Russian Messenger. Tolstoy clashed with editor Mikhail Katkov over political issues that arose in the final installment (Tolstoy's negative views of Russian volunteers going to fight in Serbia); therefore, the novel's first complete appearance was in book form in 1878.

Widely regarded as a pinnacle in realist fiction, Tolstoy considered Anna Karenina his first true novel, after he came to consider War and Peace to be more than a novel.

Leo Tolstoy，best known for War and Peace (1869) and Anna Karenina (1877). He first achieved literary acclaim in his 20s with his semi-autobiographical trilogy, Childhood, Boyhood, and Youth (1852–1856), and Sevastopol Sketches (1855), based upon his experiences in the Crimean War. Tolstoy's fiction includes dozens of short stories and several novellas such as The Death of Ivan Ilyich, Family Happiness, and Hadji Murad. He also wrote plays and numerous philosophical essays.