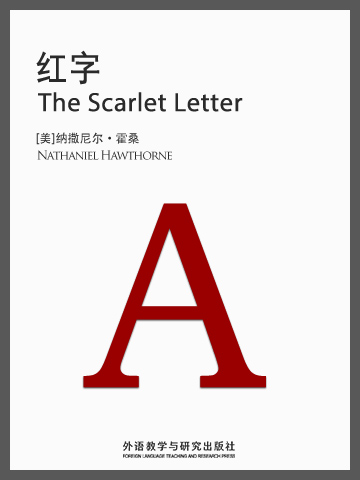 The Scarlet Letter is an 1850 work of fiction in a historical setting, written by Nathaniel Hawthorne. The book is considered to be his "masterwork". Set in 17th-century Puritan Massachusetts Bay Colony, during the years 1642 to 1649, it tells the story of Hester Prynne, who conceives a daughter through an affair and struggles to create a new life of repentance and dignity. Throughout the book, Hawthorne explores themes of legalism, sin, and guilt.

Nathaniel Hawthorne (born Nathaniel Hathorne; July 4, 1804 – May 19, 1864) was an American novelist, dark romantic, and short story writer. Much of Hawthorne's writing centers on New England, many works featuring moral allegories with a Puritan inspiration. His fiction works are considered part of the Romantic movement and, more specifically, dark romanticism. His themes often center on the inherent evil and sin of humanity, and his works often have moral messages and deep psychological complexity. His published works include novels, short stories, and a biography of his college friend Franklin Pierce.

Salem, my home town, is a quiet place, and not many ships call at the port here, though in the last century, before the war within Britain, the port was often busy. Now the ships go down the coast to the great seaports of Boston or New York, and grass grows in the streets around the old port buildings in Salem.