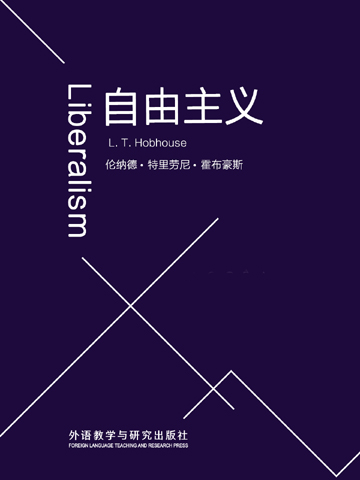 Liberalism, a seminal work in the neoliberalism, gives a comprehensive account of the development of liberalism in Britain in the 19th century, with a special emphasis on the ideas of such representative liberal thinkers as Jeremy Bentham, John Stuart Mill, Glastone and Richard Cobden, as well as their interrelations and their role in British political and social life. Of course, the author also puts forward his own views on liberalism.

Leonard Trelawny Hobhouse (1864-1929), was a British liberal political theorist and sociologist, who has been considered one of the leading and earliest proponents of social liberalism. In elaborating his conception of sociology, he drew on his knowledge of several other fields: philosophy, psychology, biology, anthropology, biology, anthropology, and the history of religion, ethics and law. Interested in the process of social change, Hobhouse tried to correlate such change with its contribution to the general advance of the community; he also studied the history of knowledge, morals and religions in relation to social change.

The modern State is the distinctive product of a unique civilization. But it is a product which is still in the making, and a part of the process is a struggle between new and old principles of social order. To understand the new, which is our main purpose, we must first cast a glance at the old. We must understand what the social structure was, which—mainly, as I shall show, under the inspiration of Liberal ideas—is slowly but surely giving place to the new fabric of the civic State.