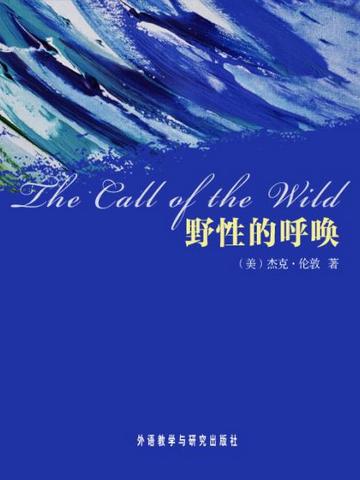 野性的呼唤
The Call of the Wild

The Call of the Wild is a novella by American author Jack London published in 1903. The story takes place in the extreme conditions of the Yukon during the 19th-century Klondike Gold Rush, where strong sled dogs were in high demand. After Buck, a domesticated dog, is snatched from a pastoral ranch in California, he is sold into a brutal life as a sled dog. The novella details Buck's struggle to adjust and survive the cruel treatment he receives from humans, other dogs, and nature. He eventually sheds the veneer of civilization altogether and instead relies on primordial instincts and the lessons he has learned to become a respected and feared leader in the wild.

The Call of the Wild is London's most popular work and is considered the masterpiece of his so-called "early period." The novella is often classified as children's literature because of its animal protagonist, but the maturity of its subject matter makes it valuable for older audiences as well. Major themes include survival of the fittest, civilization versus nature, and fate versus free will.

The Yeehat, a group of Canadian aboriginal people portrayed in Call of the Wild, were a figment of London's imagination.

Gold was found in Alaska, the rush to obtain it required a strong constitution and many dogs to do the work that horses usually did in the states. Buck (a dog that is half St Bernard and half Shepherd) goes through many trials, and tribulations, finally realizing his potential. On the way, he learns many concepts from surprise, to deceit, and cunning; he also learns loyalty, devotion, and love. As he is growing, he feels the call of the wild.

“To this day Jack London is the most widely read American writer in the world,” E. L. Doctorow wrote in The New York Times Book Review. Generally considered to be London's greatest achievement, The Call of the Wild brought him international acclaim when it was published in 1903. His story of the dog Buck, who learns to survive in the bleak Yukon wilderness, is viewed by many as his symbolic autobiography. "No other popular writer of his time did any better writing than you will find in The Call of the Wild,” said H. L. Mencken. "Here, indeed, are all the elements of sound fiction."