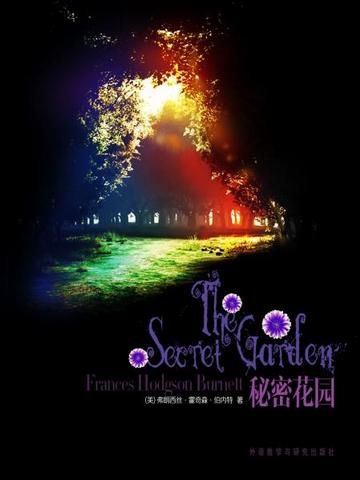 When orphaned Mary Lennox, lonely and sad, comes to live at her uncle's great house on the Yorkshire moors, she finds it full of secrets. At night, she hears the sound of crying down one of the long corridors. Outside, she meets Dickon, a magical boy who can charm and talk to animals. Then, one day, with the help of a friendly robin, Mary discovers the most mysterious wonder of all—a secret garden, walled and locked, which has been completely forgotten for years and years. Is everything in the garden dead, or can Mary bring it back to life?

Mary Lennox, a 10-year-old girl, is born in India to wealthy British parents. Spoiled and with a temper, she is unaffectionate, angry, rude and obstinate. But one day, she became an orphan and then went to live with her uncle.

At first, Mary is her usual self, sour, disliking the large house, the people within it. But one day Martha Sowerby, her good-natured maidservant, tells Mary a story of the late Mrs. Craven, and how she would spend hours in a private garden growing roses. Later, Mrs. Craven was killed by an untimely accident, and Mr. Craven had the garden locked and the key buried. Mary is roused by this story and starts to soften her ill manner despite herself. While exploring the gardens, Mary comes across a badger hole and finds a key belonging to the untended garden. Mary and her little companions look after the garden carefully. They become tender and full of pity and learn a lot of things from the nature, which to Mr. Craven, who was traveling and mourning over his late wife, is a pleasant surprise.

Frances Eliza Hodgson Burnett (24 November 1849—29 October 1924) was an English playwright and author. She is best known for her children's stories, in particular The Secret Garden (published in 1911), A Little Princess (published in 1905), and Little Lord Fauntleroy (published in 1885-6).

"It is only the exceptional author who can write a book about children with sufficient skill, charm, simplicity, and significance to make it acceptable to both young and old. Mrs. Burnett is one of the few thus gifted."—The New York Times