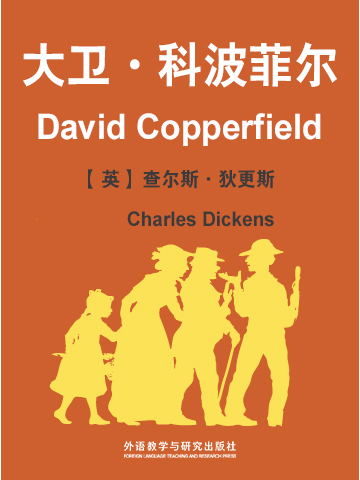 The story in this book traces the life of David Copperfield from childhood to maturity. It is probably the most autobiographical of his novels. In the preface to the 1867 edition, Dickens wrote, "like many fond parents, I have in my heart of hearts a favourite child. And his name is David Copperfield."

David Copperfield is the common name of the eighth novel by Charles Dickens, first published as a novel in 1850. Its full title is The Personal History, Adventures, Experience and Observation of David Copperfield the Younger of Blunderstone Rookery (Which He Never Meant to Publish on Any Account). Like most of his works, it originally appeared in serial form during the two preceding years. Many elements of the novel follow events in Dickens' own life, and it is probably the most autobiographical of his novels.

Charles John Huffam Dickens (7 February 1812–9 June 1874) was an English writer and social critic. He created some of the world's most well-known fictional characters and is generally regarded as the greatest novelist of the Victorian period. During his life, his works enjoyed unprecedented popularity, and by the twentieth century he was widely seen as a literary genius by critics and scholars. His novels and short stories continue to be widely popular.