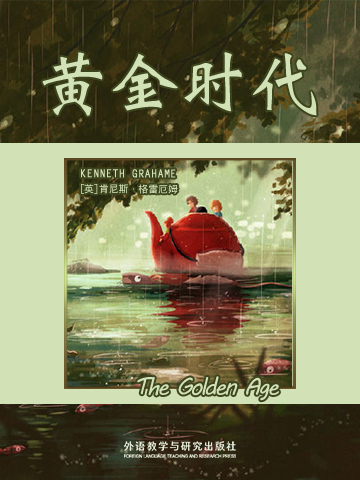 In this work, Grahame casts his reminiscences in imagery and metaphor rooted in the culture of Ancient Greece. Grahame's reminiscences, in The Golden Age and in the later Dream Days (1898), were notable for their conception "of a world where children are locked in perpetual warfare with the adult 'Olympians' who have wholly forgotten how it feels to be young" — a theme later explored by J. M. Barrie and other authors.

The Golden Age is a collection of reminiscences of childhood, written by Kenneth Grahame and originally published in book form in 1895, in London by The Bodley Head, and in Chicago by Stone & Kimball. Widely praised upon its first appearance — Algernon Charles Swinburne, writing in the Daily Chronicle, called it "one of the few books which are well-nigh too praiseworthy for praise" — the book has come to be regarded as a classic in its genre.

Kenneth Grahame ( 8 March 1859 – 6 July 1932) was a Scottish writer, most famous for The Wind in the Willows (1909), one of the classics of children's literature. He also wrote The Reluctant Dragon; both books were later adapted into Disney films.