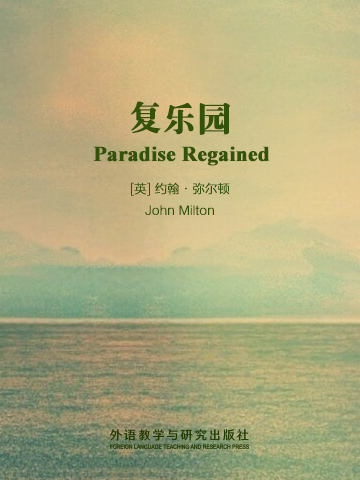 Paradise Regained is a poem by English poet John Milton. The volume in which it appeared also contained the poet's closet drama Samson Agonistes. Paradise Regained is connected by name to his earlier and more famous epic poem Paradise Lost, with which it shares similar theological themes; indeed, its title, its use of blank verse, and its progression through Christian history recall the earlier work. However, this effort deals primarily with the temptation of Christ as recounted in the Gospel of Luke. One major concept emphasized throughout Paradise Regained is the idea of reversals. As implied by its title, Milton sets out to reverse the "loss" of Paradise. Thus, antonyms are often found next to each other, reinforcing the idea that everything that was lost in the first epic will be regained by the end of this "brief epic."

John Milton (9 December 1608 – 8 November 1675) was an English poet, polemicist, man of letters, and a civil servant for the Commonwealth of England under Oliver Cromwell. He wrote at a time of religious flux and political upheaval, and is best known for his epic poem Paradise Lost, written in blank verse. Milton's poetry and prose reflect deep personal convictions, a passion for freedom and self-determination, and the urgent issues and political turbulence of his day. Writing in English, Latin, Greek, and Italian, he achieved international renown within his lifetime, and his celebrated Areopagitica—written in condemnation of pre-publication censorship—is among history's most influential and impassioned defences of free speech and freedom of the press.