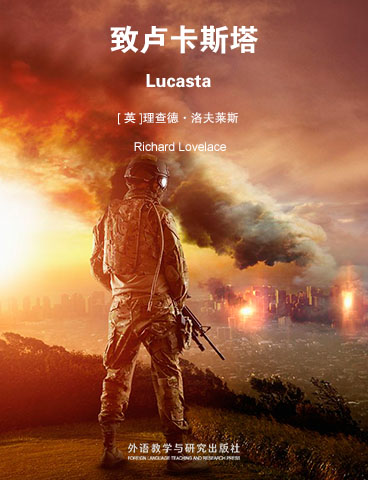 The collection Lucasta was published by Lovelace in 1649. The initial poems were addressed to Lucasta, not clearly identified with any real-life woman, under the titles Going beyond the Seas and Going to the Warres, on a chivalrous note.

Richard Lovelace was born into an old and wealthy Kentish family in 1618 in Woolwich. He was the eldest son of Sir William Lovelace who had served in the Low Countries and who was killed in action in 1627. He was educated at Charterhouse School and at Gloucester Hall, Oxford. He was attractive, handsome, and witty, the very model of a courtier. His comedy, The Scholar, was acted at Oxford in 1636. King Charles I and Queen Henrietta Maria admired his demeanor so much when they visited Oxford in the same year that they had him created M.A. A key figure at court and close to the king, Lovelace took part in the King's military expeditions to Scotland in 1639-40. After the failure of the campaign he withdrew to his estates in Kent where he remained until 1642. Presumably, Lovelace made Sir John Suckling's acquaintance at this time.