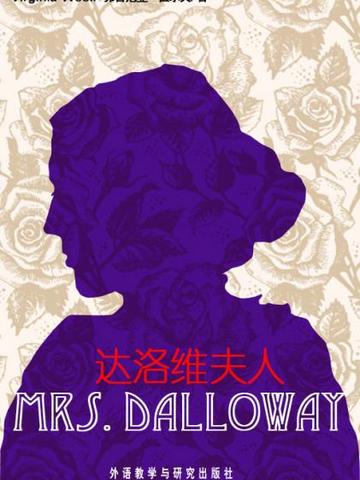 Clarissa Dalloway goes around London in the morning, getting ready to host a party that evening. The nice day reminds her of her youth at Bourton and makes her wonder about her choice of husband; she married the reliable Richard Dalloway instead of the enigmatic and demanding Peter Walsh and she had not the option to be with Sally Seton. Peter reintroduces these conflicts by paying a visit that morning.

Septimus Warren Smith, a veteran of World War I suffering from deferred traumatic stress, spends his day in the park with his Italian-born wife Lucrezia, where they are observed by Peter Walsh. Septimus is visited by frequent and indecipherable hallucinations, mostly concerning his dear friend Evans who died in the war. Later that day, after he is prescribed involuntary commitment to a psychiatric hospital, he commits suicide by jumping out of a window.

Clarissa's party in the evening is a slow success. It is attended by most of the characters she has met in the book, including people from her past. She hears about Septimus' suicide at the party and gradually comes to admire the act of this stranger, which she considers an effort to preserve the purity of his happiness.

Mrs. Dalloway (published on 14 May 1925) is a novel by Virginia Woolf that details a day in the life of Clarissa Dalloway, a fictional high-society woman in post-World War I England. It is one of Woolf's best-known novels. Created from two short stories, Mrs. Dalloway in Bond Street and the unfinished The Prime Minister, the novel's story is of Clarissa's preparations for a party of which she is to be hostess. With the interior perspective of the novel, the story travels forwards and back in time and in and out of the characters' minds to construct an image of Clarissa's life and of the inter-war social structure.

Adeline Virginia Woolf (25 January 1882—28 March 1941) was an English writer, regarded as one of the foremost modernist literary figures of the twentieth century.

During the interwar period, Woolf was a significant figure in London literary society and a member of the Bloomsbury Group. Her most famous works include the novels Mrs. Dalloway (1925), To the Lighthouse (1927) and Orlando (1928).

How fresh, how calm, stiller than this of course, the air was in the early morning; like the flap of a wave; the kiss of a wave; chill and sharp and yet (for a girl of eighteen as she then was) solemn, feeling as she did, standing there at the open window, that something awful was about to happen; looking at the flowers, at the trees with the smoke winding off them and the rooks rising, falling; standing and looking until Peter Walsh said, “Musing among the vegetables?”—was that it?—“I prefer men to cauliflowers”—was that it?