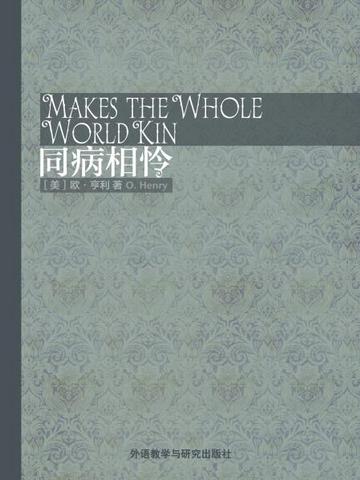 The story starts with a young thief walking through a neighborhood, scouting for his next house. The thief is described as an ordinary man, with no extreme tendencies.

Once he finds a respectable house, the thief climbs inside through an open window. Once inside, he scouts for valuable items. He discovers, to his amazement, that a light had been left on inside one of the bedrooms. As he walks inside, he finds an old man lying in bed, asleep. The thief wakes the man and instructs him to raise his hands. The old man can only lift one arm and proceeds to inform the thief that he suffers from rheumatism. The thief, shocked at what he hears, lowers the gun and tells his victim that he as well, suffers from the disease. They proceed to exchange words of comfort about the haunting pain, and the young thief asks for tips to dull the swellings. Though both are filled with hope, the old man warns the thief that the pain only gets worse and he must find a way to cope with it, in his later years. The old man, suggests that he have a drink.

The young thief invites the old man for a drink at the local pub. He helps the old man get dressed and the two make their way for the bar. Outside the house, the old man realizes that he has no money with him. The thief, kindly, offers to pay for the drinks.

The story starts with a young thief walking through a neighborhood, scouting for his next house. The thief is described as an ordinary man, with no extreme tendencies.

“How long have you had it?” inquired the citizen.“Four years.I guess that ain’t all.Once you’ve got it, it’s you for a rheumatic life—that’s my judgment.”“Ever try rattlesnake oil?” asked the citizen, interestedly.“Gallons,” said the burglar.“If all the snakes I’ve used the oil of was strung out in a row they’d reach eight times as far as Saturn, and the rattles could be heard at Valparaiso, Indiana, and back.”