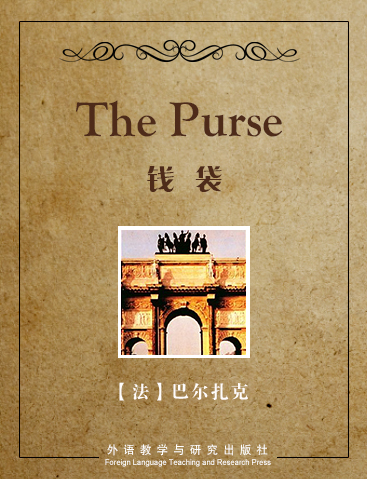 "Have you observed, mademoiselle, that the painters and sculptors of the Middle Ages, when they placed two figures in adoration, one on each side of a fair Saint, never failed to give them a family likeness? When you here see your name among those that are dear to me, and under whose auspices I place my works, remember that touching harmony, and you will see in this not so much an act of homage as an expression of the brotherly affection of your devoted servant, "DE BALZAC."

For souls to whom effusiveness is easy there is a delicious hour that falls when it is not yet night, but is no longer day; the twilight gleam throws softened lights or tricksy reflections on every object, and favors a dreamy mood which vaguely weds itself to the play of light and shade. The silence which generally prevails at that time makes it particularly dear to artists, who grow contemplative, stand a few paces back from the pictures on which they can no longer work, and pass judgement on them, rapt by the subject whose most recondite meaning then flashes on the inner eye of genius. He who has never stood pensive by a friend's side in such an hour of poetic dreaming can hardly understand its inexpressible soothingness. Favored by the clear-obscure, the material skill employed by art to produce illusion entirely disappears. If the work is a picture, the figures represented seem to speak and walk; the shade is shadow, the light is day; the flesh lives, eyes move, blood flows in their veins, and stuffs have a changing sheen. Imagination helps the realism of every detail, and only sees the beauties of the work. At that hour illusion reigns despotically; perhaps it wakes at nightfall! Is not illusion a sort of night to the mind, which we people with dreams? Illusion then unfolds its wings, it bears the soul aloft to the world of fancies, a world full of voluptuous imaginings, where the artist forgets the real world, yesterday and the morrow, the future—everything down to its miseries, the good and the evil alike.

From Lost Illusions. Scenes From Provincial Life from The Human Comedy (La Comedie Humaine). By the French author, who, along with Flaubert, is generally regarded as a founding-father of realism in European fiction. His large output of works, collectively entitled The Human Comedy (La Comedie Humaine), consists of 95 finished works (stories, novels and essays) and 48 unfinished works. His stories are an attempt to comprehend and depict the realities of life in contemporary bourgeois France. They are placed in a variety of settings, with characters reappearing in multiple stories.

Honoré de Balzac(May 20, 1799–August 18, 1850), born Honoré Balzac, was a nineteenth-century French novelist and playwright. His work, much of which is a sequence (or Roman-fleuve) of almost 100 novels and plays collectively entitled La Comédie humaine, is a broad, often satirical panorama of French society, particularly the petite bourgeoisie, in the years after the fall of Napoléon Bonaparte in 1815—namely the period of the Restoration (1815–1830) and the July Monarchy (1830–1848).

Along with Gustave Flaubert (whose work he influenced), Balzac is generally regarded as a founding father of realism in European literature. Balzac's novels, most of which are farcical comedies, feature a large cast of well-defined characters, and descriptions in exquisite detail of the scene of action. He also presented particular characters in different novels repeatedly, sometimes as main protagonists and sometimes in the background, in order to create the effect of a consistent 'real' world across his novelistic output. He is the pioneer of this style.

Mademoiselle Leseigneur, on her part, soon expected her lover to give a short account of all his actions; she was so unhappy, so restless when Hippolyte did not come, she scolded him so effectually for his absence, that the painter had to give up seeing his other friends, and now went nowhere. Adelaide allowed the natural jealousy of women to be perceived when she heard that sometimes at eleven o'clock, on quitting the house, the painter still had visits to pay, and was to be seen in the most brilliant drawing-rooms of Paris. This mode of life, she assured him, was bad for his health; then, with the intense conviction to which the accent, the emphasis and the look of one we love lend so much weight, she asserted that a man who was obliged to expend his time and the charms of his wit on several women at once could not be the object of any very warm affection. Thus the painter was led, as much by the tyranny of his passion as by the exactions of a girl in love, to live exclusively in the little apartment where everything attracted him.

And never was there a purer or more ardent love. On both sides the same trustfulness, the same delicacy, gave their passion increase without the aid of those sacrifices by which many persons try to prove their affection. Between these two there was such a constant interchange of sweet emotion that they knew not which gave or received the most.

A spontaneous affinity made the union of their souls a close one. The progress of this true feeling was so rapid that two months after the accident to which the painter owed the happiness of knowing Adelaide, their lives were one life. From early morning the young girl, hearing footsteps overhead, could say to herself, "He is there." When Hippolyte went home to his mother at the dinner hour he never failed to look in on his neighbors, and in the evening he flew there at the accustomed hour with a lover's punctuality. Thus the most tyrannical woman or the most ambitious in the matter of love could not have found the smallest fault with the young painter. And Adelaide tasted of unmixed and unbounded happiness as she saw the fullest realization of the ideal of which, at her age, it is so natural to dream.

The old gentleman now came more rarely; Hippolyte, who had been jealous, had taken his place at the green table, and shared his constant ill-luck at cards. And sometimes, in the midst of his happiness, as he considered Madame de Rouville's disastrous position—for he had had more than one proof of her extreme poverty—an importunate thought would haunt him. Several times he had said to himself as he went home, "Strange! twenty francs every evening?" and he dared not confess to himself his odious suspicions.

He spent two months over the portrait, and when it was finished, varnished, and framed, he looked upon it as one of his best works. Madame la Baronne de Rouville had never spoken of it again. Was this from indifference or pride? The painter would not allow himself to account for this silence. He joyfully plotted with Adelaide to hang the picture in its place when Madame de Rouville should be out. So one day, during the walk her mother usually took in the Tuileries, Adelaide for the first time went up to Hippolyte's studio, on the pretext of seeing the portrait in the good light in which it had been painted. She stood speechless and motionless, but in ecstatic contemplation, in which all a woman's feelings were merged. For are they not all comprehended in boundless admiration for the man she loves? When the painter, uneasy at her silence, leaned forward to look at her, she held out her hand, unable to speak a word, but two tears fell from her eyes. Hippolyte took her hand and covered it with kisses; for a minute they looked at each other in silence, both longing to confess their love, and not daring. The painter kept her hand in his, and the same glow, the same throb, told them that their hearts were both beating wildly. The young girl, too greatly agitated, gently drew away from Hippolyte, and said, with a look of the utmost simplicity:

"You will make my mother very happy."

"What, only your mother?" he asked.

The painter bent his head and remained silent, frightened at the vehemence of the feelings which her tones stirred in his heart. Then, both understanding the perils of the situation, they went downstairs and hung up the picture in its place. Hippolyte dined for the first time with the Baroness, who, greatly overcome, and drowned in tears, must needs embrace him.

In the evening the old emigre, the Baron de Rouville's old comrade, paid the ladies a visit to announce that he had just been promoted to the rank of vice-admiral. His voyages by land over Germany and Russia had been counted as naval campaigns. On seeing the portrait he cordially shook the painter's hand, and exclaimed, "By Gad! though my old hulk does not deserve to be perpetuated, I would gladly give five hundred pistoles to see myself as like as that is to my dear old Rouville."