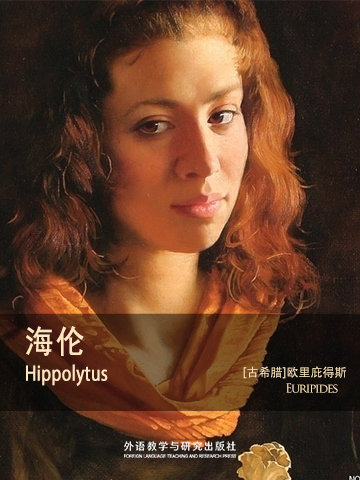 The drama was written just after the Sicilian Expedition in which Athens had suffered a huge defeat. At the same time sophism was beginning to question traditional values and religious beliefs. Within this framework Euripides, with his play, deems war to be the root of all evil.

Helen is a drama by Euripides about Helen, first produced in 412 BC for the Dionysia in a trilogy that also contained Euripides lost Andromeda. The play shares much in common with another of Euripides’ works, Iphigenia in Tauris.

Euripides (c.480–406 BC) was one of the three great tragedians of classical Athens, the other two being Aeschylus and Sophocles. Some ancient scholars attributed ninety-five plays to him but according to the Suda it was ninety-two at most. Of these, eighteen or nineteen have survived more or less complete (there has been debate about his authorship of Rhesus, largely on stylistic grounds) and there are also fragments, some substantial, of most of the other plays. More of his plays have survived intact than those of Aeschylus and Sophocles together, partly due to mere chance and partly because his popularity grew as theirs declined—he became, in the Hellenistic Age, a cornerstone of ancient literary education, along with Homer, Demosthenes and Menander.

Lo! These are the fair virgin streams of Nile, the river that waters Egypts tilth, fed by pure melting snow instead of rain from heaven. Proteus during his life-time was king of this land, dwelling in the isle of Pharos, and ruling oer Egypt; and he took to wife one of the daughters of the sea, Psamathe, after she left the embraces of Aeacus. Two children she bare in this his palace, a son Theoclymenus, who hath passed his life in duteous service to the gods, and likewise a noble daughter, her mothers pride, called Eido in her infancy, but when she reached her youthful prime, the age for wedded joys, renamed Theonoe; for well she knew whateer the gods design, both present and to come, for she had won this guerdon from her grandsire Nereus. Nor is my fatherland unknown to fame, een Sparta, or my sire Tyndareus; for a legend tells how Zeus winged his way to my mother Ledas breast, in the semblance of a bird, even a swan, and thus as he fled from an eagles pursuit, achieved by guile his amorous purpose, if this tale be true. My name is Helen, and I will now recount the sorrows I have suffered. To a hollow vale on Ida came three goddesses to Paris, for beautys prize contending, Hera and Cypris, and the virgin child of Zeus, eager to secure his verdict on their loveliness. Now Cypris held out my beauty,if aught so wretched deserves that name,as a bride before the eyes of Paris, saying he should marry me; and so she won the day; wherefore the shepherd of Ida left his steading, and came to Sparta, thinking to win me for his bride. But Hera, indignant at not defeating the goddesses, brought to naught my marriage with Paris, and gave to Priams princely son not Helen, but a phantom endowed with life, that she made in my image out of the breath of heaven; and Paris thought that I was his, although I never was,an idle fancy! Moreover, the counsels of Zeus added further troubles unto these; for upon the land of Hellas and the hapless Phrygians he brought a war, that he might lighten mother-earth of her myriad hosts of men, and to the bravest of the sons of Hellas bring renown. So I was set up as a prize for all the chivalry of Hellas, to test the might of Phrygia, yet not I, but my name alone; for Hermes caught me up in the embracing air, and veiled me in a cloud; for Zeus was not unmindful of me; and he set me down here in the house of Proteus, judging him to be the most virtuous of all mankind; that so I might preserve my marriage with Menelaus free from taint. Here then I abide, while my hapless lord has gathered an army, and is setting out for the towers of Ilium to track and recover me. And there by Scamanders streams hath many a life breathed out its last, and all for me; and I, that have endured all this, am accursed, and seem to have embroiled all Hellas in a mighty war by proving a traitress to my husband. Why, then, do I prolong my life? Because I heard Hermes declare, that I should yet again make my home on Spartas glorious soil, with my lord,for Hermes knew I never went to Ilium,that so I might never submit to any others wooing. Now as long as Proteus gazed upon yon glorious sun, I was safe from marriage; but when oer him the dark grave closed, the dead mans son was eager for my hand. But I, from regard to my former husband, am throwing myself down in suppliant wise before this tomb of Proteus, praying him to guard my husbands honour, that, though through Hellas I bear a name dishonoured, at least my body here may not incur disgrace.