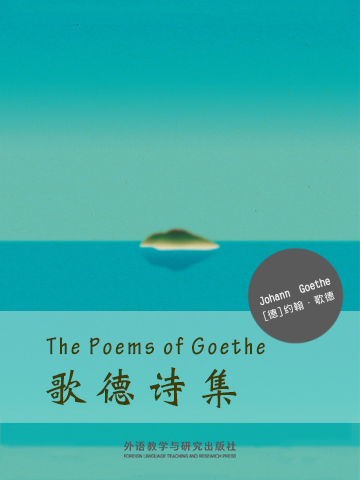 歌德诗集
The Poems of Goethe

In Germany Goethe's poems are well known and considered the best of his writings. The Poems of Goethe shows the thinking and feeling of Goethe as a poet who pursues love passionately in his whole life.

The Poems of Goethe was wrote by Johann Goethe in the early 1800's. This collection contains "Goethe's poetical works which are given in this complete form, specimens of the different other classes of them, such as the Epigrams, Elegies, andc., are added, as well as a collection of the various Songs found in his Plays, making a total number of about 400 Poems, embraced in the present volume."

Johann Goethe (28 August 1749 – 22 March 1832) was a German writer and statesman. His body of work includes epic and lyric poetry written in a variety of metres and styles; prose and verse dramas; memoirs; an autobiography; literary and aesthetic criticism; treatises on botany, anatomy, and colour; and four novels. In addition, numerous literary and scientific fragments, more than 10,000 letters, and nearly 3,000 drawings by him are extant. Goethe had a great effect on the nineteenth century. In many respects, he was the originator of many ideas which later became widespread. He produced volumes of poetry, essays, criticism, a theory of colours and early work on evolution and linguistics. He was fascinated by mineralogy, and the mineral goethite (iron oxide) is named after him. His non-fiction writings, most of which are philosophic and aphoristic in nature, spurred the development of many philosophers. He was one of the leading figures of Weimar Classicism.