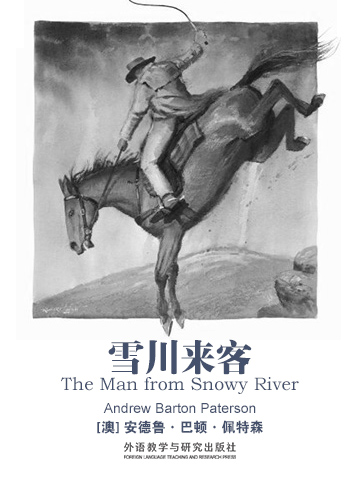 雪川来客
The Man from Snowy River

The Man from Snowy River is a poem by Australian bush poet Banjo Paterson. The poem tells the story of a horseback pursuit to recapture the colt of a prizewinning racehorse that escaped from its paddock and is living with the brumbies (wild horses) of the mountain ranges. Eventually the brumbies descend a seemingly impassably steep slope, at which point the assembled riders give up the pursuit, except the young hero, who spurs his "pony" (horse) down the "terrible descent" to catch the mob.

Andrew Barton Paterson(17 February 1864 – 5 February 1941) was an Australian bush poet, journalist and author. He wrote many ballads and poems about Australian life, focusing particularly on the rural and outback areas, including the district around Binalong, New South Wales, where he spent much of his childhood. Paterson's more notable poems include "Waltzing Matilda", "The Man from Snowy River" and "Clancy of the Overflow".