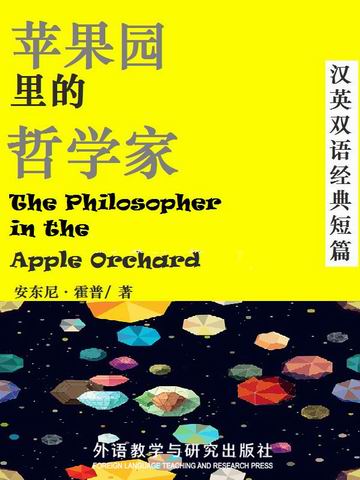 苹果园里的哲学家
The Philosopher in the Apple Orchard

Sir Anthony Hope Hawkins, better known as Anthony Hope (9 February 1863 – 8 July 1933), was an English novelist and playwrightHe was a prolific writer, especially of adventure novels but he is remembered best for only two books: The Prisoner of Zenda (1894) and its sequel Rupert of Hentzau (1898). These works, "minor classics" of English literature, are set in the contemporaneous fictional country of Ruritania and spawned the genre known as Ruritanian romance. Zenda has inspired many adaptations, most notably the 1937 Hollywood movie of the same name.