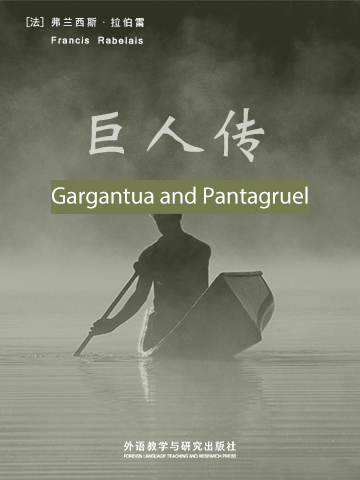 The Life of Gargantua and of Pantagruel is a pentalogy of novels written in the 16th century by François Rabelais, which tells of the adventures of two giants, Gargantua and his son Pantagruel. The text is written in an amusing, extravagant, and satirical vein, and features much crudity, scatological humor, and violence. According to Rabelais, the philosophy of his giant Pantagruel, "Pantagruelism", is rooted in "a certain gaiety of mind pickled in the scorn of fortuitous things". Rabelais had studied Ancient Greek and he applied it in inventing hundreds of new words in the text, some of which became part of the French language. Wordplay and risqué humor abound in his writing.