就业、利息和货币通论
The General Theory of Employment, Interest and Money 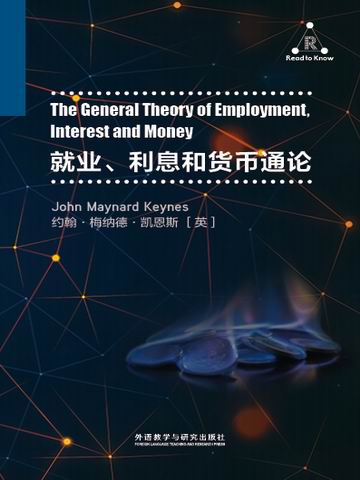 Regarded widely as the cornerstone of Keynesian thought, the book challenged the established classical economics and introduced important concepts such as the consumption function, the multiplier, the marginal efficiency of capital, the principle of effective demand and liquidity preference.

The book, generally considered to be his magnum opus, is largely credited with creating the terminology and shape of modern macroeconomics. Published in February 1936, it sought to bring about a revolution, commonly referred to as the "Keynesian Revolution", in the way economists thought, especially in relation to the proposition that a market economy tends naturally to restore itself to full employment after temporary shocks.

John Maynard Keynes，(5 June 1883 – 21 April 1946), was an English economist whose ideas fundamentally changed the theory and practice of macroeconomics and the economic policies of governments.He is widely considered to be one of the most influential economists of the 20th century and the founder of modern macroeconomics.

Most treatises on the theory of value and production are primarily concerned with the distribution of a given volume of employed resources between different uses and with the conditions which, assuming the employment of this quantity of resources, determine their relative rewards and the relative values of their products.