我姨妈的奇遇
The Adventure of My Aunt 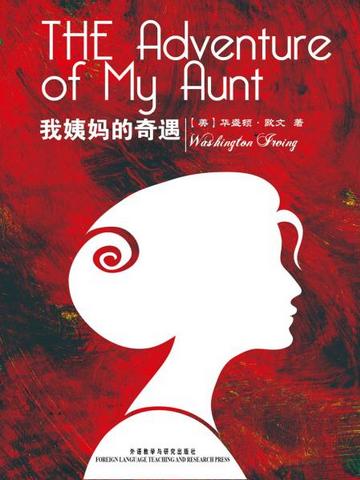 Washington Irving (April 3, 1783—November 28, 1859) was an American author, essayist, biographer and historian of the early 19th century. He is best known for his short stories The Legend of Sleepy Hollow and Rip Van Winkle, both of which appear in his book The Sketch Book of Geoffrey Crayon, Gent. His historical works include biographies of George Washington, Oliver Goldsmith and Muhammad, and several histories of 15th-century Spain dealing with subjects such as Christopher Columbus, the Moors, and the Alhambra. Irving also served as the U.S. ambassador to Spain from 1842 to 1846. Irving perfected the American short story, and was the first American writer to place his stories firmly in the United States, even as he poached from German or Dutch folklore. He is also generally credited as one of the first to write both in the vernacular, and without an obligation to the moral or didactic in his short stories, writing stories simply to entertain rather than to enlighten. The themes of his short stories are usually originated from local folklore and ghost stories of Europe.

To assure herself cautiously of the fact, she put one hand to her forehead, as if rubbing it; peeped through her fingers, and moved the candle with the other hand.The light of the taper gleamed on the eye, and was reflected from it.She was sure it moved.Nay, more, it seemed to give her a wink, as she had sometimes known her husband to do when living!It struck a momentary chill to her heart; for she was a lone woman, and felt herself fearfully situated.

Irving is largely credited as the first American Man of Letters.

His friend, the poet Henry Wadsworth Longfellow, acknowledged Irving's role in promoting American literature: "We feel a just pride in his renown as an author, not forgetting that, to his other claims upon our gratitude, he adds also that of having been the first to win for our country an honorable name and position in the History of Letters".

As George William Curtis noted, there "is not a young literary aspirant in the country, who, if he ever personally met Irving, did not hear from him the kindest words of sympathy, regard, and encouragement."