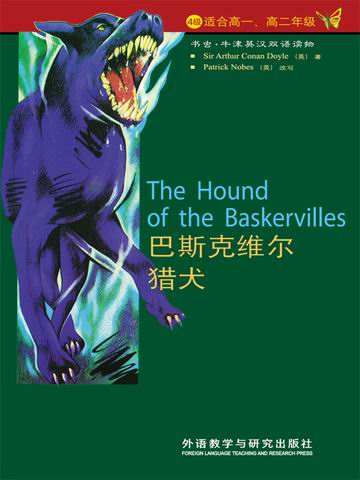 巴斯克维尔猎犬（第4级）（书虫·牛津英汉双语读物）
The Hound of the Baskervilles

The Hound of the Baskervilles is the third of Sir Arthur Conan Doyle’s Sherlock Holmes novels and is widely regarded as one of his best. When Sir Charles Baskerville is found suspiciously dead, his friend asks Sherlock Holmes to look into the death. Supposedly the family's ancestor sold his soul to the devil, and the family has been haunted by a large spectral hound ever since. Because Sir Charles was found with a look of horror on his face and large paw prints had been found near his body, there is reason to believe that the “Hound” may have returned. The details of the case spark the interest of Sherlock and he agrees to take up the case.