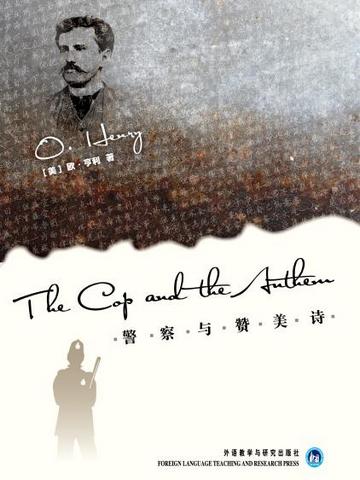 警察与赞美诗
The Cop and the Anthem

he Cop and the Anthem is a December 1904 short story by the United States author O. Henry. It includes several of the classic elements of an O. Henry story, including a setting in New York City, an empathetic look at the state of mind of a member of the lower class, and an ironic ending. Soapy is homeless. He faces the urgent necessity of finding some sort of shelter for the winter. He is psychologically experienced in thinking of the local jail as a de facto homeless shelter. And the narrative shows him developing a series of tactics intended to encourage the police to classify him as a criminal and arrest him.

Soapy's ploys include swindling a restaurant into serving him an expensive meal, vandalizing the plate-glass window of a luxury shop, repeating his eatery exploit at a humble diner, sexually harassing a young woman, pretending to be publicly intoxicated, and stealing another man's umbrella. However, all of these attempts are quickly exposed as failures.

As Soapy listens to the church organ play an anthem, he experiences a spiritual epiphany in which he resolves to cease to be homeless, end his life as a tramp afflicted with unemployment, and regain his self-respect. Soapy recalls that a successful businessman had once offered him a job. Lost in a reverie, Soapy decides that on the very next day he will seek out this potential mentor and apply for employment.

As Soapy stands on the street and considers this plan for his future, however, a policeman taps him on the shoulder and asks him what he is doing. When Soapy answers “Nothing,” his fate is sealed: he has been arrested for loitering. In the magistrate’s court on the following day, he is convicted of a misdemeanor and is sentenced to three months in Riker's Island, the New York City jail.

A New York City hobo named Soapy sets out to get arrested so he can avoid sleeping in the cold winter. Despite efforts at petty theft, vandalism, disorderly conduct, and “mashing” with a young prostitute, Soapy fails to draw the attention of the police. Disconsolately, he pauses in front of a church, where an anthem inspires him to clean up his life. But just when he has made up his mind to make a clean break with his past misdeeds, he is ironically charged for loitering and sentenced to three months in prison.