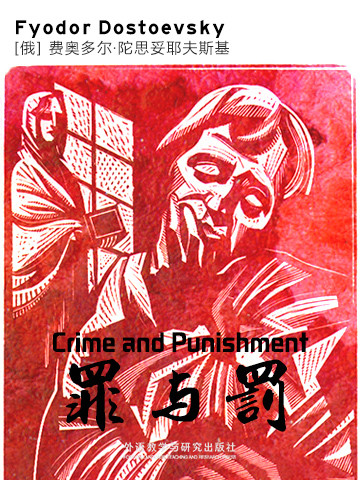 Crime and Punishment is a novel by the Russian author Fyodor Dostoyevsky. It was first published in the literary journal The Russian Messenger in twelve monthly installments during 1866. It was later published in a single volume. It is the second of Dostoyevsky's full-length novels following his return from ten years of exile in Siberia. Crime and Punishment is considered the first great novel of his "mature" period of writing.

Crime and Punishment focuses on the mental anguish and moral dilemmas of Rodion Raskolnikov, an impoverished ex-student in St. Petersburg who formulates and executes a plan to kill an unscrupulous pawnbroker for her cash. Raskolnikov argues that with the pawnbroker's money he can perform good deeds to counterbalance the crime, while ridding the world of a worthless vermin. He also commits this murder to test his own hypothesis that some people are naturally capable of such things, and even have the right to do them. Several times throughout the novel, Raskolnikov justifies his actions by comparing himself with Napoleon Bonaparte, believing that murder is permissible in pursuit of a higher purpose.

Fyodor Mikhailovich Dostoyevsky (11 November 1821-9 February 1881), sometimes transliterated Dostoevsky, was a Russian novelist, short story writer, essayist, journalist and philosopher. Dostoyevsky's literary works explore human psychology in the context of the troubled political, social, and spiritual atmosphere of 19th-century Russia. He began writing in his 20s, and his first novel, Poor Folk, was published in 1846 when he was 25. His major works include Crime and Punishment (1866), The Idiot (1869), Demons (1872) and The Brothers Karamazov (1880). His output consists of eleven novels, three novellas, seventeen short novels and numerous other works. Many literary critics rate him as one of the greatest and most prominent psychologists in world literature. His novella Notes From Underground is considered to be one of the first works of existentialist literature.