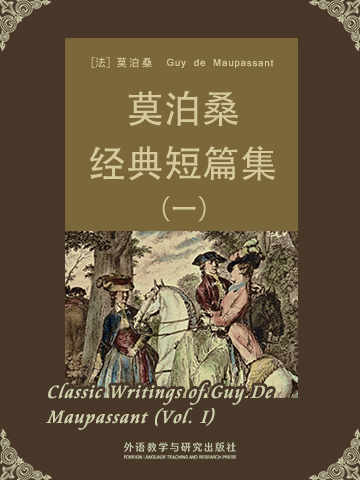 A man of arms and of letters, Maupassant was a French short-story writer and novelist known for his naturalistic treatment of his subject matter. A Cock Crowed, A Coward, A Normandy Joke and A Parricide are contained in this book. These short stories show clearly the writing style of Maupassant. They were built around simple episodes from everyday life, which revealed the hidden sides of people. The readers can learn a deep life lesson from the stories, and aslo were attracted by the neatly worked-out plots.

Maupassant is considered as one of the trendsetters like Somerset Maugham and O. Henry in the field of contemporary short story. He is famous for clever plotting and realistic art in displaying his subject. This book contains four short stories of him: A Cock Crowed, A Coward, A Normandy Joke and A Parricide.

Guy de Maupassant ( 5 August 1850 – 6 July 1893) was a popular French writer, considered one of the fathers of the modern short story and one of the form's finest exponents. Maupassant was a protégé of Flaubert and his stories are characterized by economy of style and efficient, effortless dénouements (outcomes). Many are set during the Franco-Prussian War of the 1870s, describing the futility of war and the innocent civilians who, caught up in events beyond their control, are permanently changed by their experiences. He wrote some 300 short stories, six novels, three travel books, and one volume of verse. His first published story, "Boule de Suif" ("Ball of Fat", 1880), is often considered his masterpiece.

Monsieur d'Avancelles, her husband, saw nothing and knew nothing, as usual. It was said that he lived apart from his wife on account of physical weakness, for which Madame d'Avancelles would not pardon him. He was a short, stout, bald man, with short arms, legs, neck, nose and everything else, while Madame d'Avancelles, on the contrary, was a tall, dark and determined young woman, who laughed in her husband's face with sonorous laughter, while he called her openly Mrs. Housewife, who looked at the broad shoulders, strong build and fair moustaches of her titled admirer, Baron Joseph de Croissard, with a certain amount of tenderness.